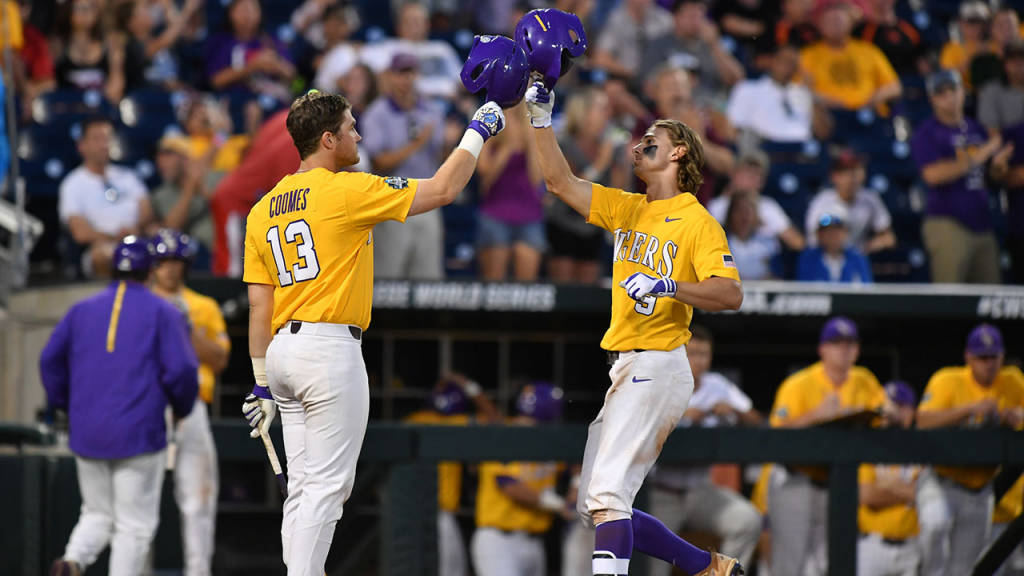 Nothing went right for Paul Mainieri and LSU Baseball tonight in Omaha.

Starting pitcher Eric Walker left the game in the third inning with discomfort in his throwing arm. Caleb Gilbert, who has been very efficient as of late, entered the game in relief, however, it was not the ideal scenario for Paul Mainieri against the nations top team.

Larnach scored a two-RBI double for Oregon State to give the Beavers a 3-0 lead in the top of the fifth. Shortly after, Nick Bush replaced Gilbert to get a key out with the bases loaded.

The theme of the night was LSU’s lack of offense, especially from their top hitters. Kramer Robertson is hitless in the College World Series, a recipe that will not lead the Tigers to a title if it continues. Cole Freeman continued his offensive slump, going 0-3 again on Monday night. Oregon State capitalized on every LSU miscue, turning errors into quick runs.

In the top of the sixth, with the game still somewhat in hand, the Beavers blew the doors open with a grand slam to left field, extending their lead to 8-0. LSU’s lone run in the game came from a solo home run from freshman center fielder Zach Watson,who continues to be one of the Tigers most productive hitters.

LSU (49-18) will face Florida State in an elimination game on Wednesday night at 7 p.m. ET on ESPN. LSU Pro Day 2018: Everything you need to know