Home > Other > LSU won't let early start be a factor vs. Arkansas 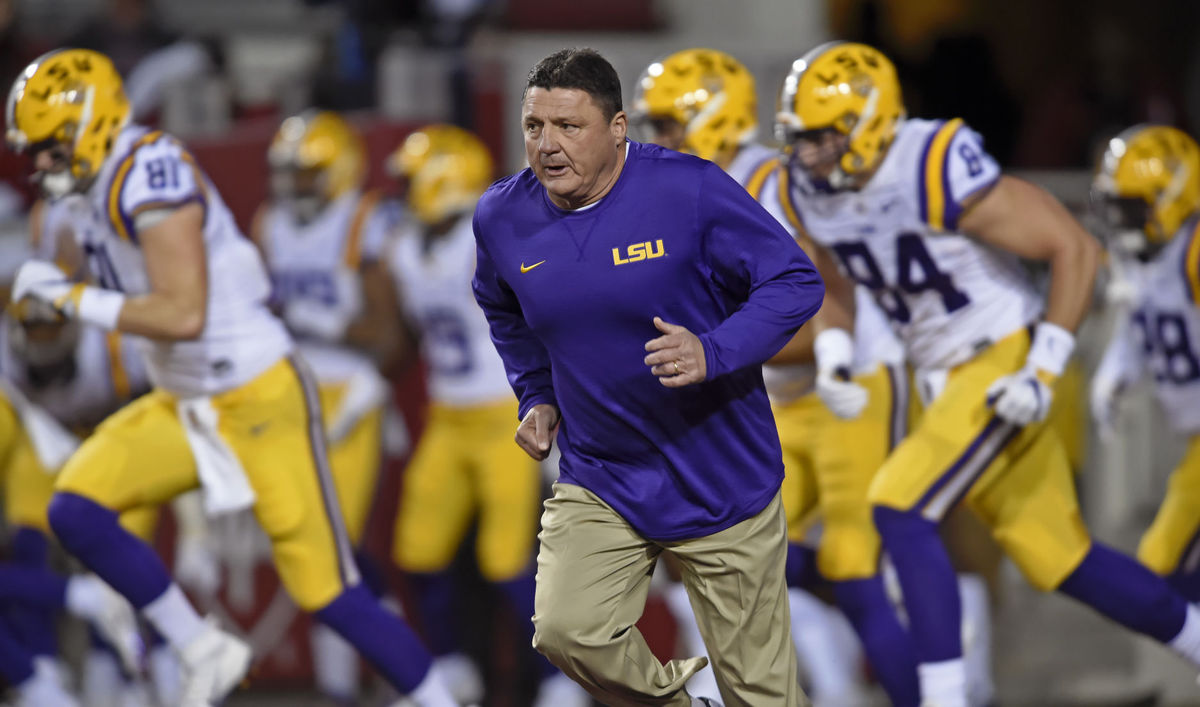 Short Preview | It will be Saturday (morning) in Death Valley.

LSU is determined to fight an Alabama hangover on Saturday, taking on a struggling Arkansas team in the annual Battle for the Boot. The Tigers will have the challenge of an 11 a.m. kickoff, so get your coffee ready.

“We expect a great crowd. It will be a great recruiting weekend,” said Orgeron.

Arkansas may have the return of starting quarterback Austin Allen, who has been sidelined with a shoulder injury. If Allen does not start, it will be Louisiana native Cole Kelley.

“From what we’re hearing, Austin Allen may play. We’re ready for him. We have a game plan for both,” said Orgeron at today’s press conference.

Orgeron insisted the early start wouldn’t “be a factor” for the team on Saturday. Orgeron even used the early start in last year’s dominant bowl victory of Louisville as an example of LSU playing well with an early kickoff.

Orgeron said he cut practice 15 minutes early each day this week to keep the players fresh. He even mentioned (again) that this is the healthiest the team has been all season. As far as an injury report, O said left tackle K.J. Malone remains “questionable.” He’s been absent from practice all week.

“I’ve watched this game all my life. You can throw out the records,” said Orgeron on the historic LSU-Arkansas rivarly.

LSU takes on Arkansas at 11 a.m. CT on ESPN. It’s the Battle for the Boot. As usual, for more information, follow us on Twitter @InsideLSU/HValentineLSU. Photography via The Advocate