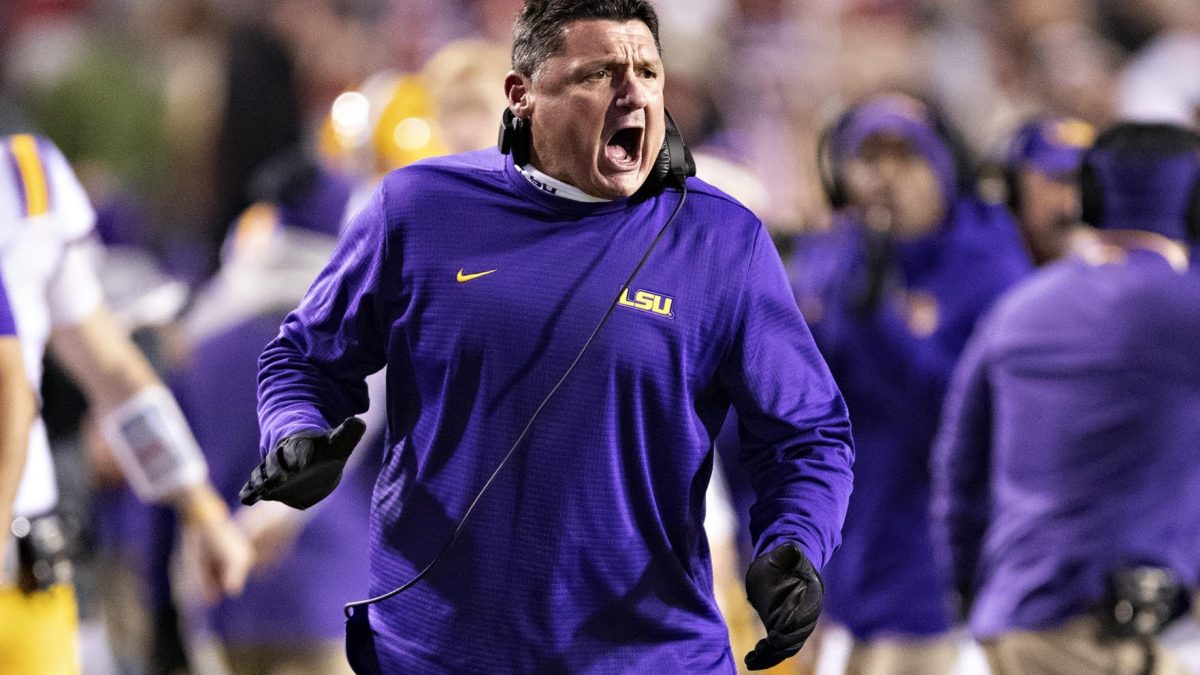 Ed Orgeron met with the media for his first Monday luncheon of the football season. He addressed position battles, Georgia Southern, the depth chart and more.

New | #LSU cornerback Mannie Netherly announces he's in the NCAA transfer portal. Here's how the depth looks at the position.https://t.co/tfFpJRiwZr

Orgeron on Jontre Kirklin: “Like I said before, Jontre (Kirklin) has been the MVP of the week. He’s done a tremendous job.”

Orgeron said Tyler Shelvin and Apu Ika are “both starters” and that nose tackle position battle hasn’t been settled.

Orgeron on the young DBs: “We’re really impressed with Cordale Flott. He’s separated himself to the point that if he started for us right now we’d feel comfortable putting him in.”

LSU hosts Georgia Southern on Saturday at 6:30 p.m. CST on ESPNU. The Tigers are highly rated and expectations remain through the roof, but Coach Orgeron and his team will ‘block out the noise’ vs. a hard-nosed Sun Belt team.