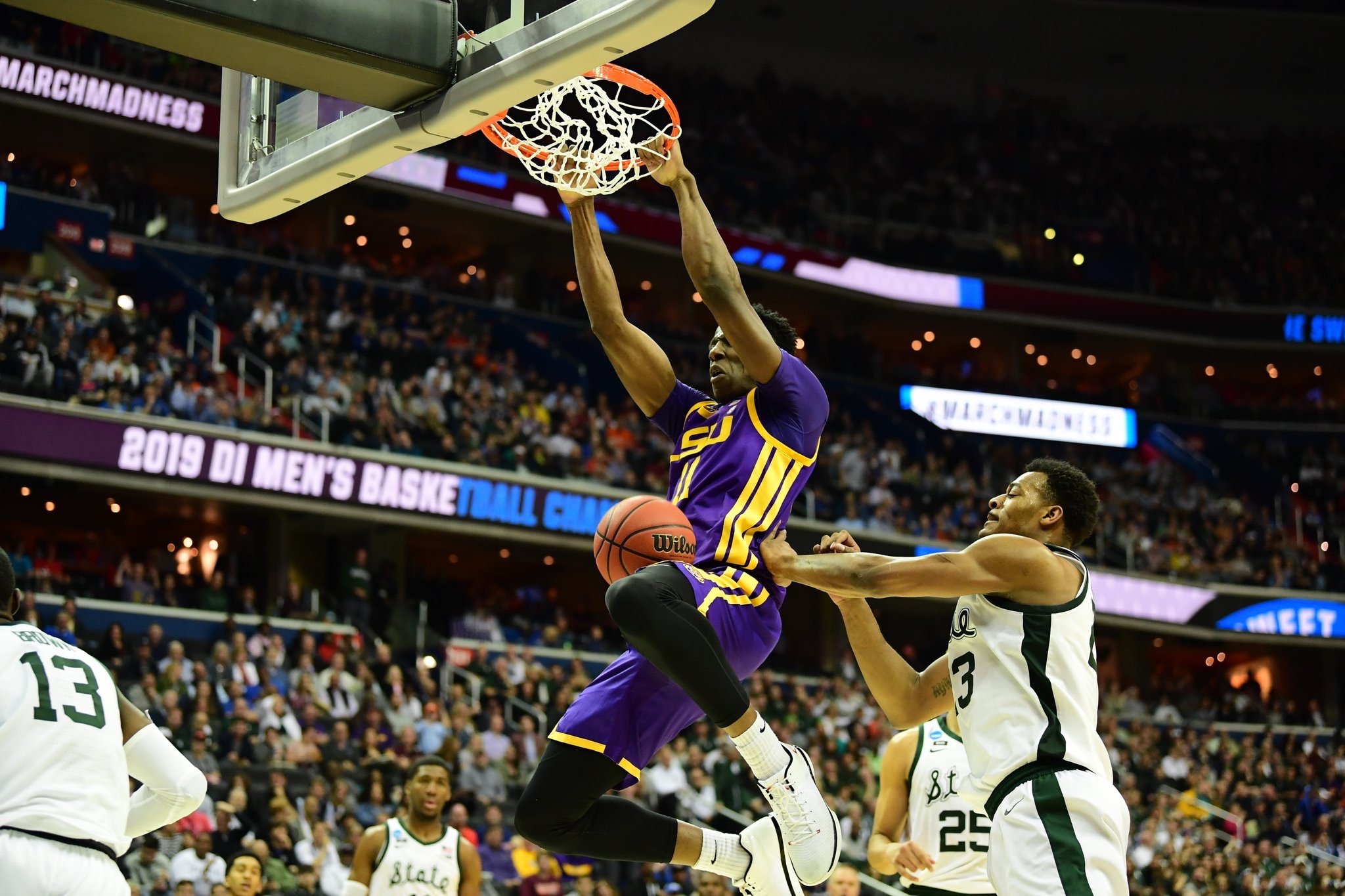 From the second the ball was tipped, it felt like LSU never had a chance to win this one in the nation’s capital.

The Tigers were purely outworked and outclassed by a better Michigan State team. The Spartans were led by Aaron Henry, who posted 20 points, 6 assists and 8 rebounds. Although it seemed like more, Sparty also out-rebounded the Tigers 36-28 in what felt like total domination on the glass all game long.

“I’ve been a part of teams where you’re kind of ready for the season to end. I never wanted this one to be over,” said Skylar Mays postgame.

Now with the season officially in the books, all eyes now turn to the fates of Will Wade, Naz Reid, Tremont Waters and coaches. Who will return next year? Even with such a historic season, uncertainly swirls for this offseason.

LSU ends the season with an overall record of 28-7.

Thanks to everyone who followed us along the way for this unbelievable season. We appreciate the support always.

What an incredible turnaround it’s been for this @LSUBasketball program. #BootUp pic.twitter.com/Nyytym9wYp