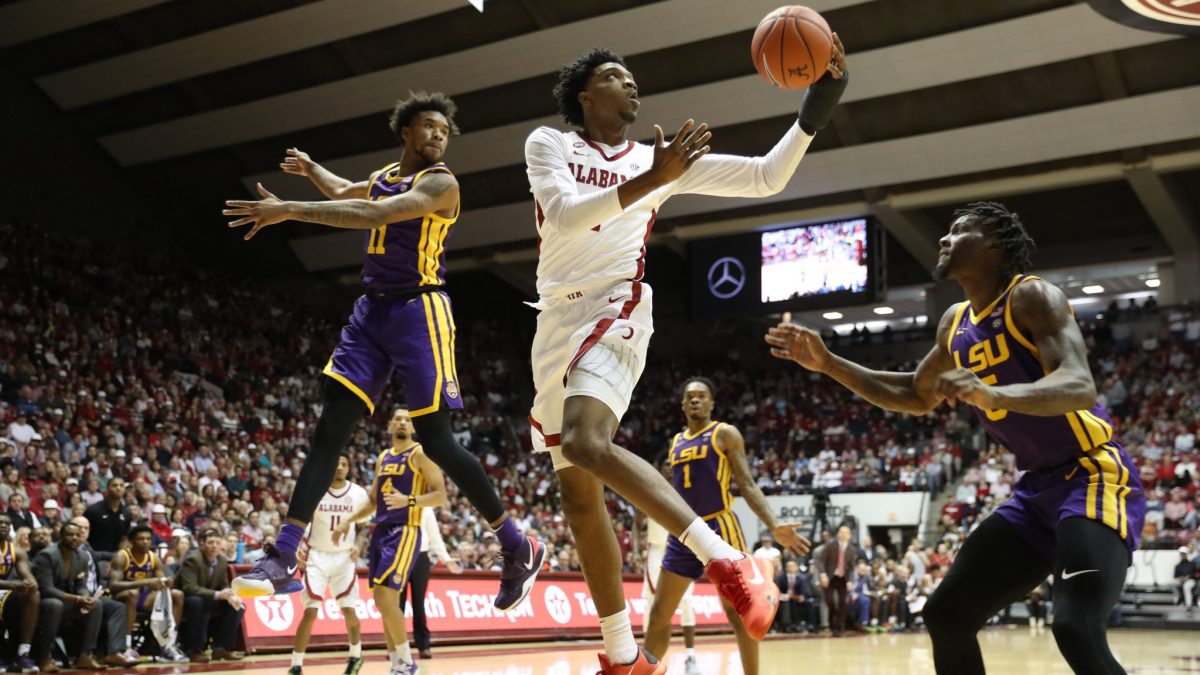 Ten days ago, LSU sat comfortably atop the SEC standings with a two-game cushion. Now, after losing 3-of-4, the Tigers join Auburn in a two-way tie for second place in the conference after Saturday’s 88-82 loss at Alabama.

LSU had no answer defensively for most the game, especially for junior guard Kira Lewis, who posted a game-high 27 points and 4 assists in the Tide’s victory over their divisional foe.

The Tigers were led by Skylar Mays [shocker, I know], who recorded a team-high 24 points and 9 rebounds in a losing effort.

“I always talk about when we play [Alabama], you can’t lose the 3-point line and the free throw line,” said LSU coach Will Wade postgame. “You can lose one of the two and beat them, but you can’t lose both of them. If you look at the free throw line, the difference was 6 points and the difference in the game was 6 points so that’s where we got beat. It’s really that simple”

Next, the Tigers look to get back on track Tuesday night at the PMAC against Kentucky for an 8 p.m. tip on ESPN.

Highlights from LSU’s 82-80 win over Tennessee

LSU survives vs. Alabama in Tuscaloosa, 74-69