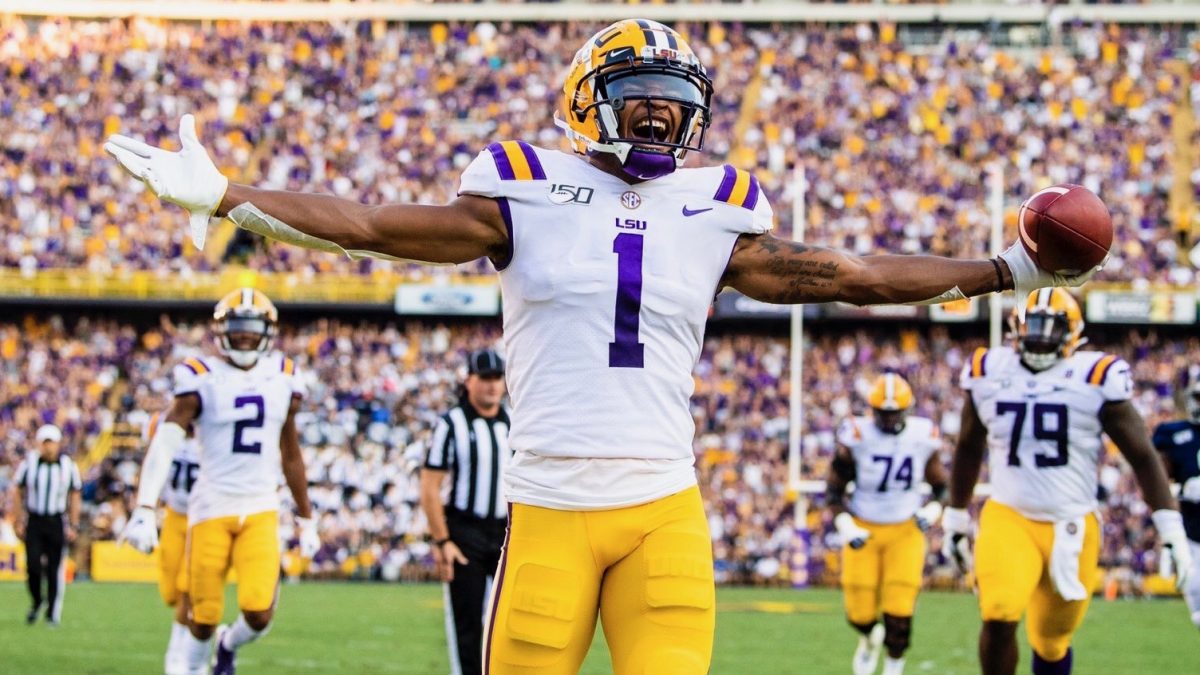 The offseason motto has been “Everybody Eats,” and for LSU’s playmakers, it was a feast on Saturday night.

The Tigers’ new-look offense finally entered the 21st century vs. Georgia Southern, and man was it fun to watch. Yes, the opponent matters, but it’s been quite a while since we’ve seen that type of offensive dominance against any team in the last decade.

The offense was in full throttle early, scoring on eight of its first nine possessions.

Those inside Tiger Stadium saw many unusual things: Joe Burrow didn’t take a single snap under center. 14 different players caught a pass, including five running backs. Three tight ends caught at least one pass. Nearly 500 yards of total offense on 72 plays and, maybe best of all, a quarterback that played with incredible confidence. Rejoice; LSU has finally left the stone age.

For stat geeks: Quarterback Joe Burrow now shares the school record for touchdown passes (5) with Zach Mettenberger (2013 vs. UAB). The NCAA record for most in a half is seven. He went 23-for-27 for 278 yards and five touchdowns in the first half before getting pulled in the third quarter.

Another takeaway from Saturday’s beatdown is that LSU may use a running-back-by-committee approach this year with the loaded backfield they’ve built. Clyde Edwards-Helaire had 9 carries, John Emery and Lanard Fournette both totaled 6 carries, while Ty-Davis Price had 5 carries in his first game. The RPO makes the Tigers unpredictable, fast and innovative.

If two years ago, an LSU fan fell into a coma and woke up Sunday morning — they’d probably be wondering what planet they’re on.

The offensive line was also the biggest concern this offseason and the unit didn’t allow a single sack all game — probably in part to Burrow getting the ball out quick in this new up-tempo offense. The Tigers were also without starting left tackle Saahdiq Charles to suspension.

According to The Advocate’s stopwatch, LSU averaged 22.5 seconds between plays.