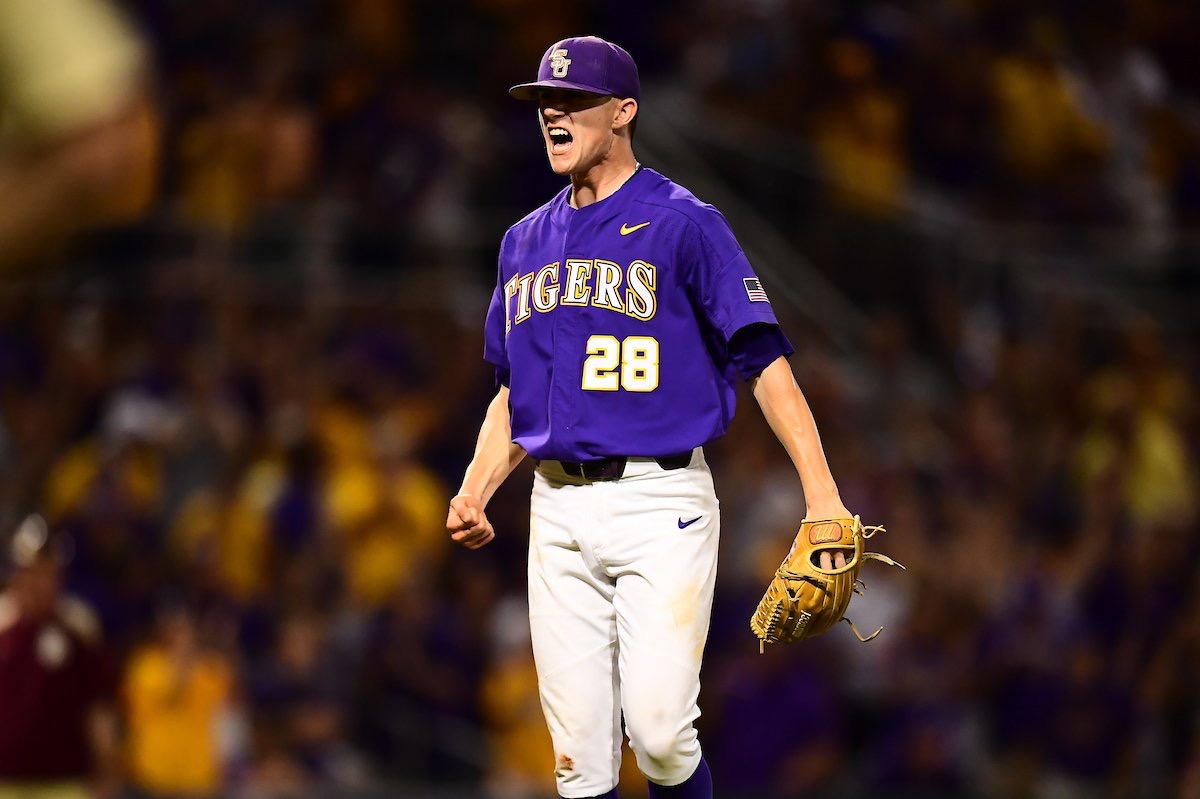 A drama-filled evening at Alex Box ends with LSU’s players on their knees in defeat.

Down in the count, with fans on their feet, Florida State’s Drew Mendoza hit the game-winning RBI single to right field to send the Seminoles to the College World Series. Mike Martin’s historic run continues as this will mark his 17th trip to Omaha.

The Tigers got 6 1/3 spectacular shutout innings from Devin Fontenot in relief, one of the best efforts from a relief pitcher in recent memory. Fontenot will end up with a loss in the books, but nothing about his performance warrants anything but positivity.

LSU fell behind 4-1 early, but an RBI single and double from Antoine Duplantis and an RBI single from Zach Watson clawed the Tigers back to tie the ballgame. All the momentum seemingly was on LSU’s side, but everytime something good happened, it always seemed to get canceled out by some major miscue or boneheaded mistake.

Self-inflicted miscues cost LSU in this series and ultimately they have only themselves to blame for getting swept in this Super Regional. Perhaps the biggest miscue of all came from Giovanni DiGiacomo in the sixth inning, getting picked off at third base and ending a possibly massive threat. A devastating freshman mistake on the biggest stage.

LSU’s season ends with tears and heartbreak, but there’s still lots to be proud of looking back at this rollercoaster season. This also means a farewell to Antoine Duplantis and Josh Smith, two of the most outstanding competitors to wear the purple and gold.

Thank you Antoine, Josh, Zack (Hess) and Zach (Watson) for coming back and continuing this special journey with this special group of guys.

LSU Baseball rises in the polls after series win