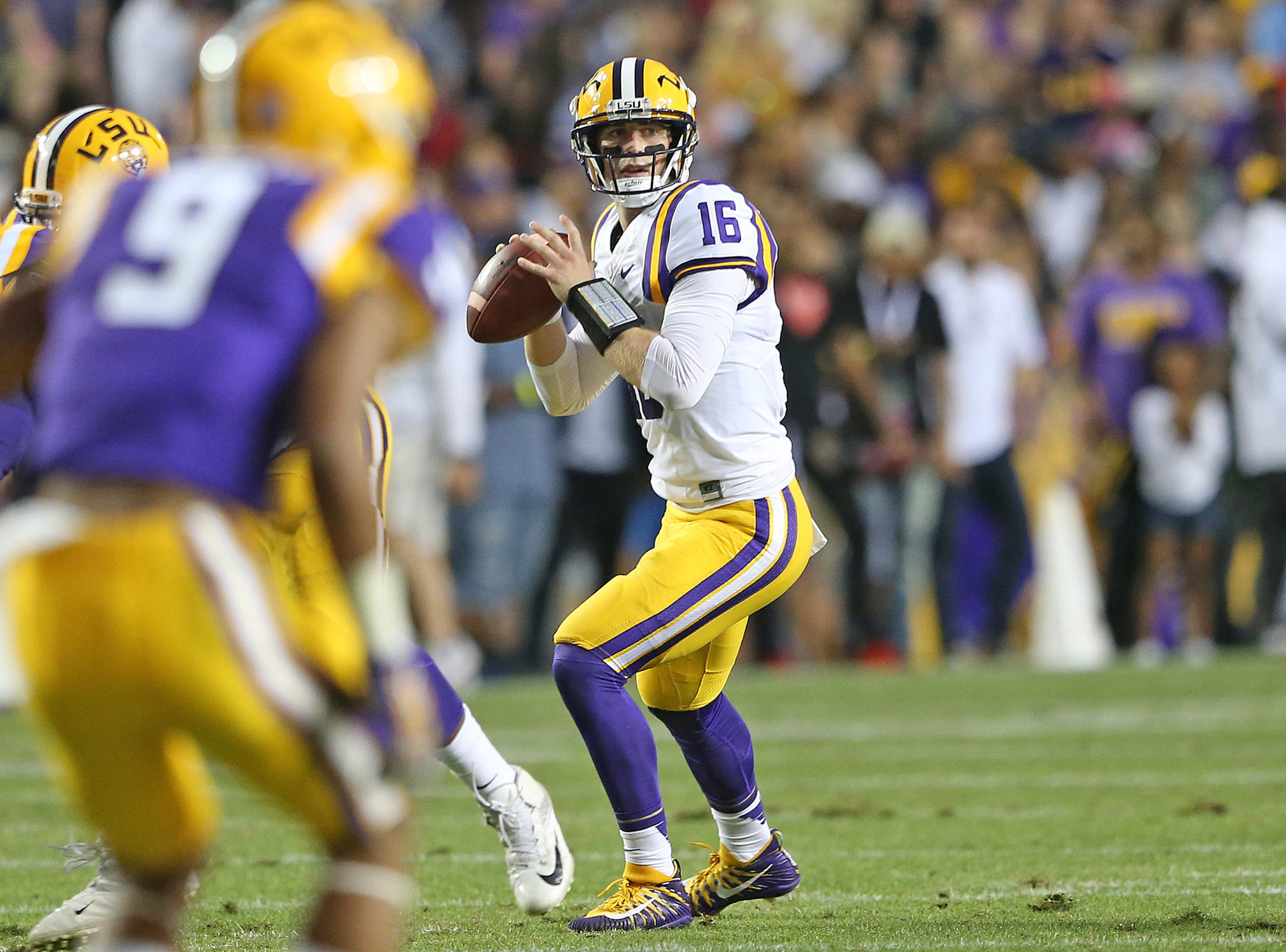 With new offensive coordinator Matt Canada making his unofficial debut on Saturday, many fans were hoping to see a different look for the LSU offense. That, unfortunately, never quite happened as the offense posted a subpar showing. Obviously, for many reasons, Canada wasn’t going to get incredibly creative in Saturday’s Spring Game, mostly so future opponents, such as BYU, couldn’t study his schemes.

Orgeron also received a handful of guest visitors on the sidelines. Former LSU stars Odell Beckham, Leonard Fournette, Tre’Davious White and others returned for Saturday night’s annual event. Ed Orgeron mentioned shortly after the game that about 35,000 fans were in attendance.

Ed Orgeron also talked more regarding the QB race, saying “If we had to name a starter tonight, there’s not a clear-cut winner.”

On the defensive side, freshman corner Grant Delpit caught attention of many in LSU’s secondary on Saturday Night. Coach Orgeron noted with high praise that “[Grant] may start for us.”

The Tigers have now ended spring practice with attention turned to summer ball. Many questions have arose from the past weeks, but none bigger than the quarterback position. Who will start on September 2nd in Houston?

Danny Etling, Lowell Narcisse, Myles Brennan and Lindsay Scott will all battle for the position in fall camp.