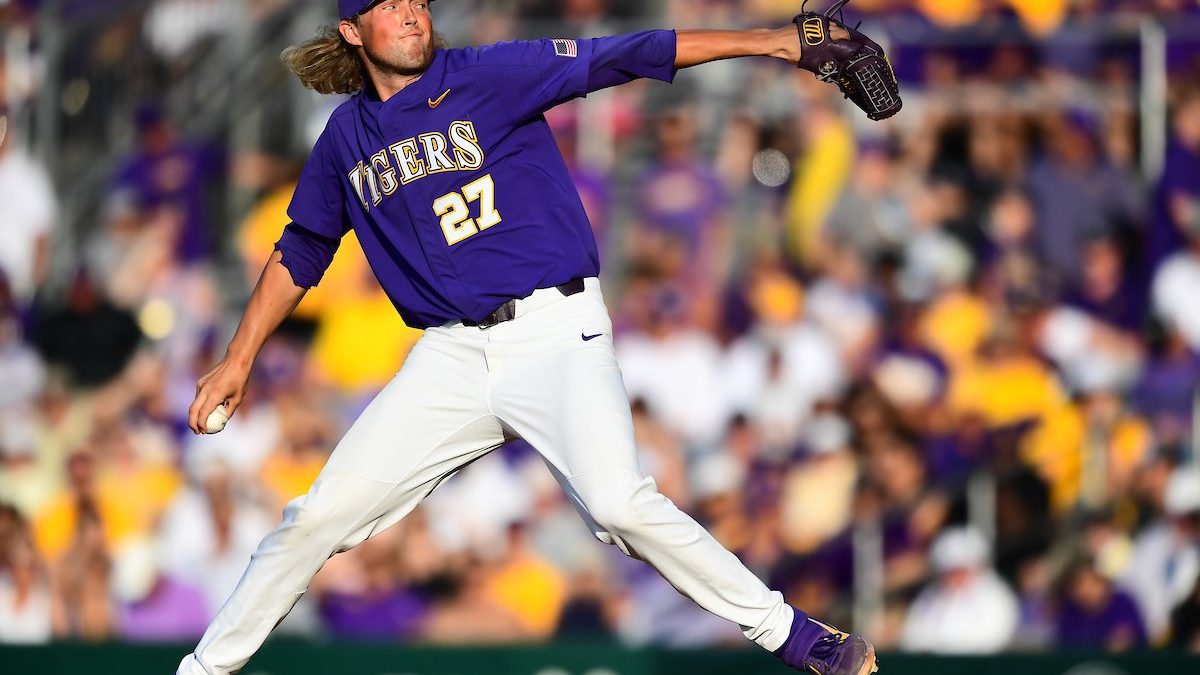 BATON ROUGE, La. – LSU senior pitcher Matthew Beck will wear jersey No. 8 for the 2021 season, coach Paul Mainieri announced on Monday. The No. 8 jersey is given each season to the upperclassman who exemplifies the spirit of LSU Baseball through his leadership and dedication to the program.

“Matthew Beck absolutely epitomizes the values that characterize our No. 8 tradition,” Mainieri said. “He has been a tremendous relief pitcher for us throughout his career, he’s an honor student who’s earned an LSU degree, and he has worked as a significant contributor to our community. We’re looking forward to the impactful leadership he will provide for our team during the 2021 season.”

“Receiving the honor of No. 8 is what every kid dreams of,” said Beck. “I feel so grateful for the opportunity to pay tribute to the guys who have previously worn the number for the Purple and Gold. So many incredible players have come through LSU and established the pride and tradition that we have today. I will do everything in my power to represent No. 8 accordingly!”

Beck, a product of Alexandria (La.) High School, has enjoyed a superb career at LSU, boasting a 9-1 record and a 2.66 ERA in 77 career appearances. He has recorded 115 strikeouts in 116 innings, and he has limited opponents to a .182 batting average. He did not allow an earned run in 12 innings of work during the shortened 2020 season.

Beck has already earned a bachelor’s degree in finance from LSU, and he is a two-time member of the SEC Academic Honor Roll. He was voted in May to the 2020 SEC Community Service team for his philanthropic activity, and he was presented in February with the Shriners Hospitals for Children Service Award.