Home > Other > Myles Brennan discusses his diet to gain weight 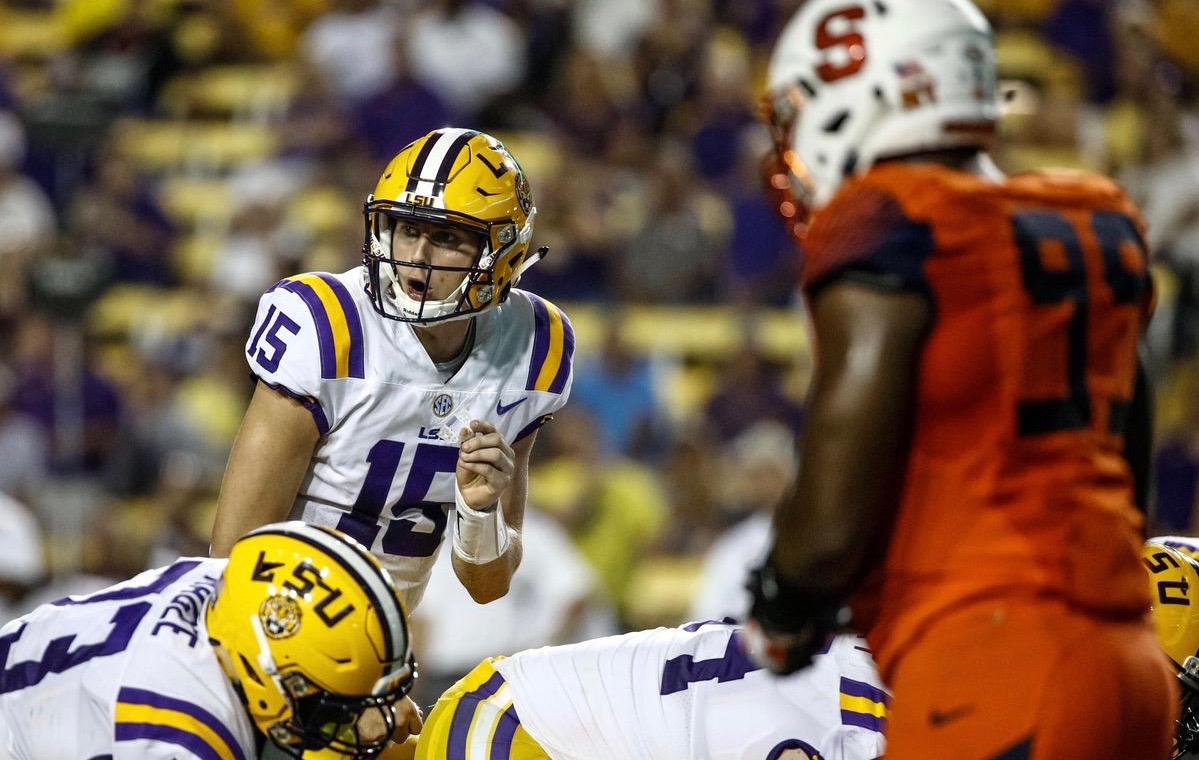 LSU quarterback, and expected front runner in the QB competition, Myles Brennan met with the media on Tuesday afternoon to discuss his “insane” eating habits in order to bulk up for the upcoming season.

Brennan saw some quality minutes last season under Danny Elting, but was visibly undersized for the build of a typical SEC quarterback. Brennan weighs about 195 pounds soaking wet, but Orgeron is trying to get him to weigh 210 by September 2nd.

Brennan said that he’s eating 6-7 meals per day. That diet includes 2-to-3 breakfast sandwiches and a shake, a snack before lunch, lunch itself, dinner and a midnight snack from Raising Canes.

“I’m on an insane meal plan,” said Brennan. “I come here early in the morning and get breakfast and a shake. I’m eating six to seven meals a day.”

Brennan did confess to the media that it has been “rough” force feeding himself. The sophomore quarterback said his body, like many other people, is not used to eating food in such quantities and is eating to the point where he is about to throw up.

LSU’s quarterback competition is expected to extend through fall camp between Brennan, Lowell Narcisse and Justin McMillan. Orgeron noted that as of right now the race is “even” between them.