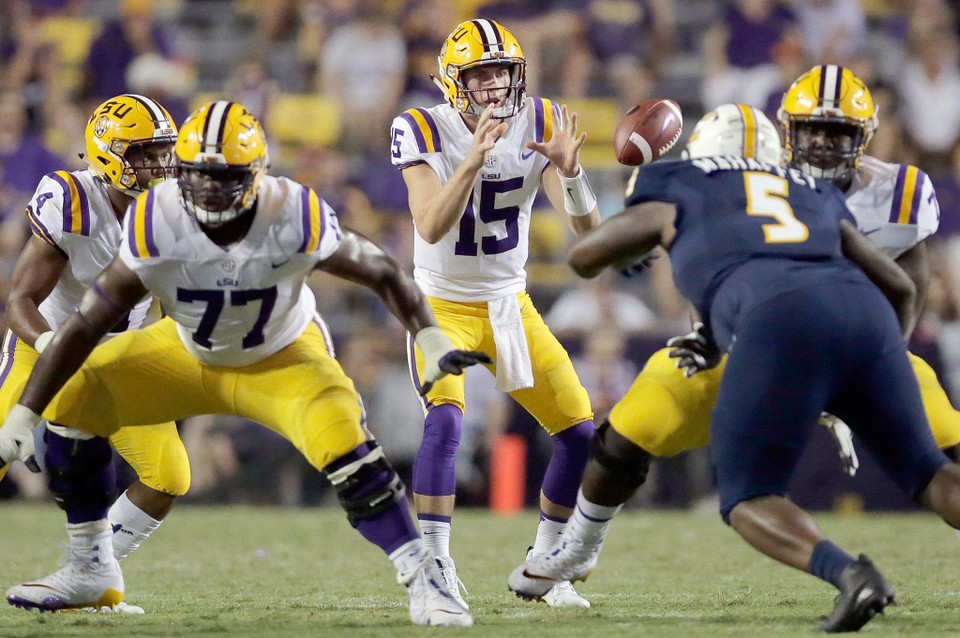 On Saturday night, Brennan went 4/6, for 75 yards and an interception, which wasn’t exactly his fault according to receiver Drake Davis. In his first possession, Brennan confidently led the offense down the field for a quick score.

“He did his job. He showed that he’s ready,” said OL Will Clapp.

His modest, yet efficient performance against Syracuse gained quick praise from the coaching staff in his first time under center. Orgeron applauded his accuracy and “quick release” on his throws. Although flashing signs of potential, Orgeron was quick to reiterate that Danny Etling was still their starter, and that they’ll stick by him.

“Danny is our starting quarterback. The team knows that. I’ll tell them again,”Orgeron mentioned.

As LSU prepares for Troy on Saturday, you can’t help but think Brennan will see considerable playing time, in a game that should be put away early. NCAA rules allow four games before a redshirt becomes ineligible, making it likely that the freshman quarterback won’t use his redshirt after all. Brennan’s recent play has quietly brewed a competition at QB, which should be decided in the coming weeks. Does Orgeron want experience (Etling) or skill (Brennan) at the position this year?

Also announced today: LSU’s road game at Florida on Oct. 7 will kickoff at 2:30 p.m. CT on CBS. This will be the Tigers’ first day game this season and their first time playing on CBS Network. Breidon Fehoko out for season with bicep injury

LSU Pro Day 2018: Everything you need to know