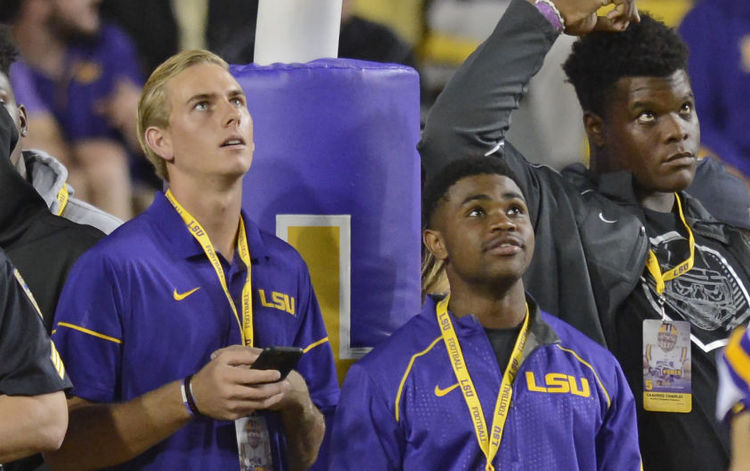 Myles Brennan, after re-opening his recruitment just two weeks ago, is locked and loaded with LSU.

Brennan, who is a 4-star QB, and the No. 5 pocket passer in the nation according to ESPN, said he’s “officially a committed Tiger.” Brennan also mentioned that he is shutting down his recruiting process, and this time for good.

Twenty-four hours after LSU hired Matt Canada as offensive coordinator, he called Brennan and seemingly locked up the highly-touted Mississippi quarterback. LSU, who’s been overflowing with talent on the recruiting trail in the past few years, has had one position waver, and it’s been the quarterbacks. Myles Brennan is bringing to LSU a swagger that the Tigers haven’t seen in a long time.

Brennan is looking to visit LSU in January to meet Matt Canada face-to-face for the first time. Other than locking up Dave Aranda to a new deal, this is the biggest news to come since the end of the regular season.

How does Brennan stack up against the rest?