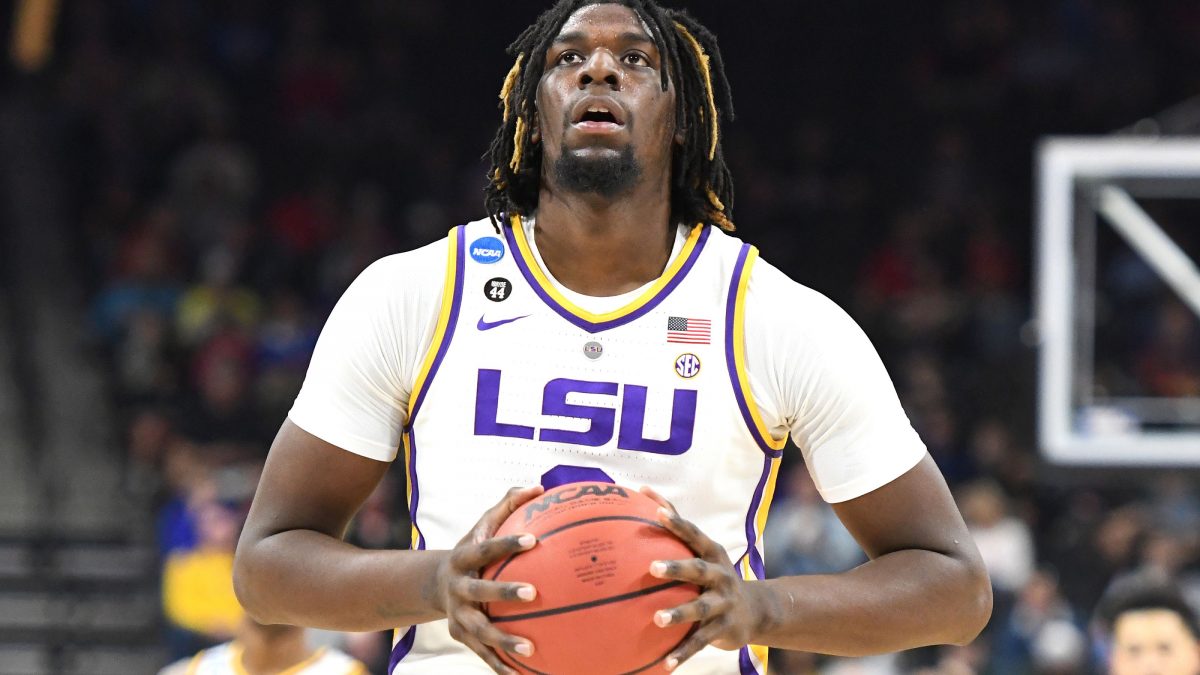 JACKSONVILLE, FL - MARCH 21: Naz Reid #0 of the LSU Tigers takes a foul shot during the First Round of the NCAA Basketball Tournament against the Yale Bulldogs at the VyStar Veterans Memorial Arena on March 21, 2019 in Jacksonville, Florida. (Photo by Mitchell Layton/Getty Images)
Basketball

Former LSU standout Naz Reid has signed a four-year deal with the Minnesota Timberwolves after a strong showing during the NBA Summer League in Las Vegas.

Reid initially signed a two-way deal, but showed out in Summer League and earned himself a full-time contract in Minnesota. The deal is reportedly worth $6 million-plus.

Reid will now become a regular member of the Timberwolves’ roster.

LSU moves up to No. 10 in both major polls