Home > Other > News: Derrius Guice cleared to play vs. Syracuse 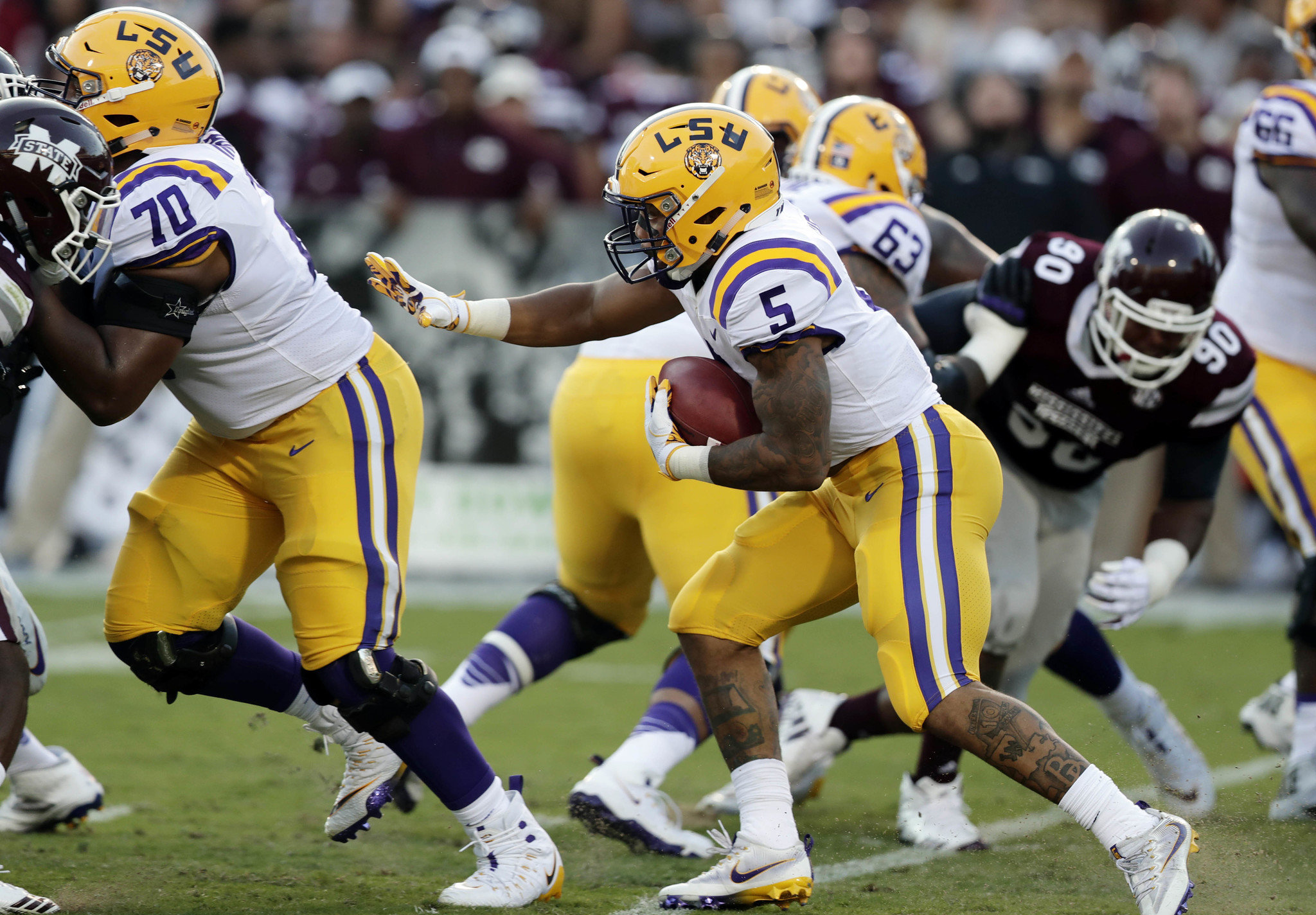 BREAKING: Derrius Guice has been cleared to play after a “pretty good” practice today, according to Ed Orgeron. Guice went to the LSU coaches this morning and asked to practice. The trainers evaluated and gave him the go-ahead.Orgeron informed the media this afternoon that Guice will start the game for the Tigers.

“He’s going to get some snaps,” said Orgeron. “He will play.”

Guice told the coaching staff earlier today that he was feeling better and wanted to practice. Although Guice will start, Orgeron said they are going to keep him limited.

On Wednesday, Orgeron announced on his weekly radio show that his running back would be held out of this weekend’s game vs. Syracuse. Guice missed his third straight day of practice yesterday. When asked about Guice’s status by a caller, Orgeron revealed that “he will not play this week, but he is getting better.”

Guice was listed as “very questionable” as early as yesterday for Saturday’s game. Thus far, he has notched 300 total yards and 4 touchdowns in the first three games.

On a separate note, Orgeron set an official return date for linemen Frank Herron, who has been ineligible due to suspension. Orgeron noted that Herron will be “ready to go” in three weeks for LSU’s game against Auburn on October 14th.