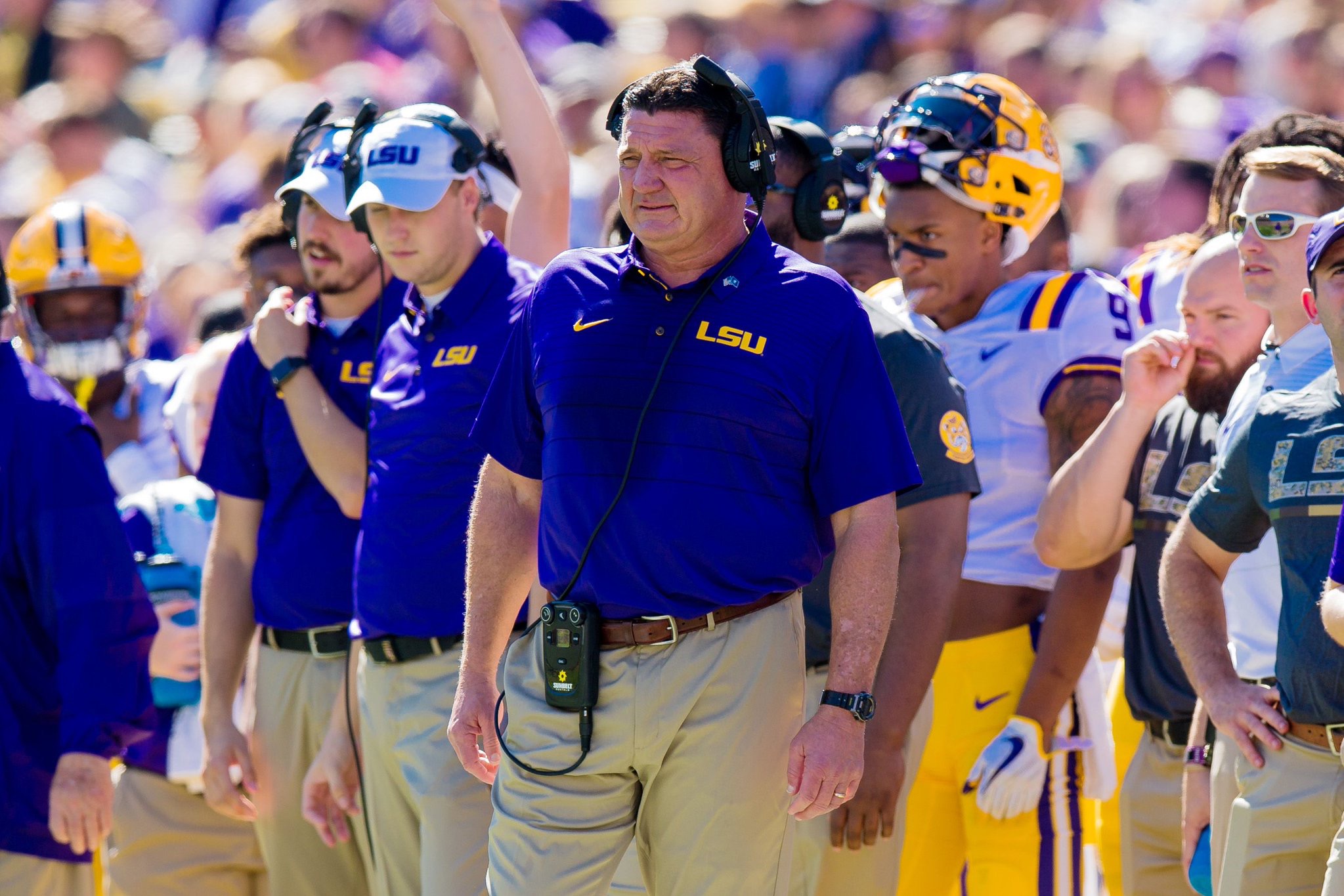 Ed Orgeron spoke to the media on Wednesday afternoon at the annual Football Caravan event in Houston. Orgeron hinted that Houston native Austin Deculus will “probably” start at right tackle.

On the defense, Orgeron listed safety Eric Monroe as a starter, saying that Monroe will “probably play a lot at safety and nickel.”

Coach O revealed that he also expects safety Grant Delpit to be at “full speed” for summer workouts, who had surgery just a week ago.

In the quarterback competition, LSU OC Steve Ensminger and Ed Orgeron both agree that the race remains “equal.” Orgeron reiterated that this battle will continue through the summer.

“Everyone has a chance to start. It’s very equal right now,” said Orgeron. “Hopefully it’s a no-brainer and a guy wins it in August.” Get To Know The Opponent: Miami Hurricanes