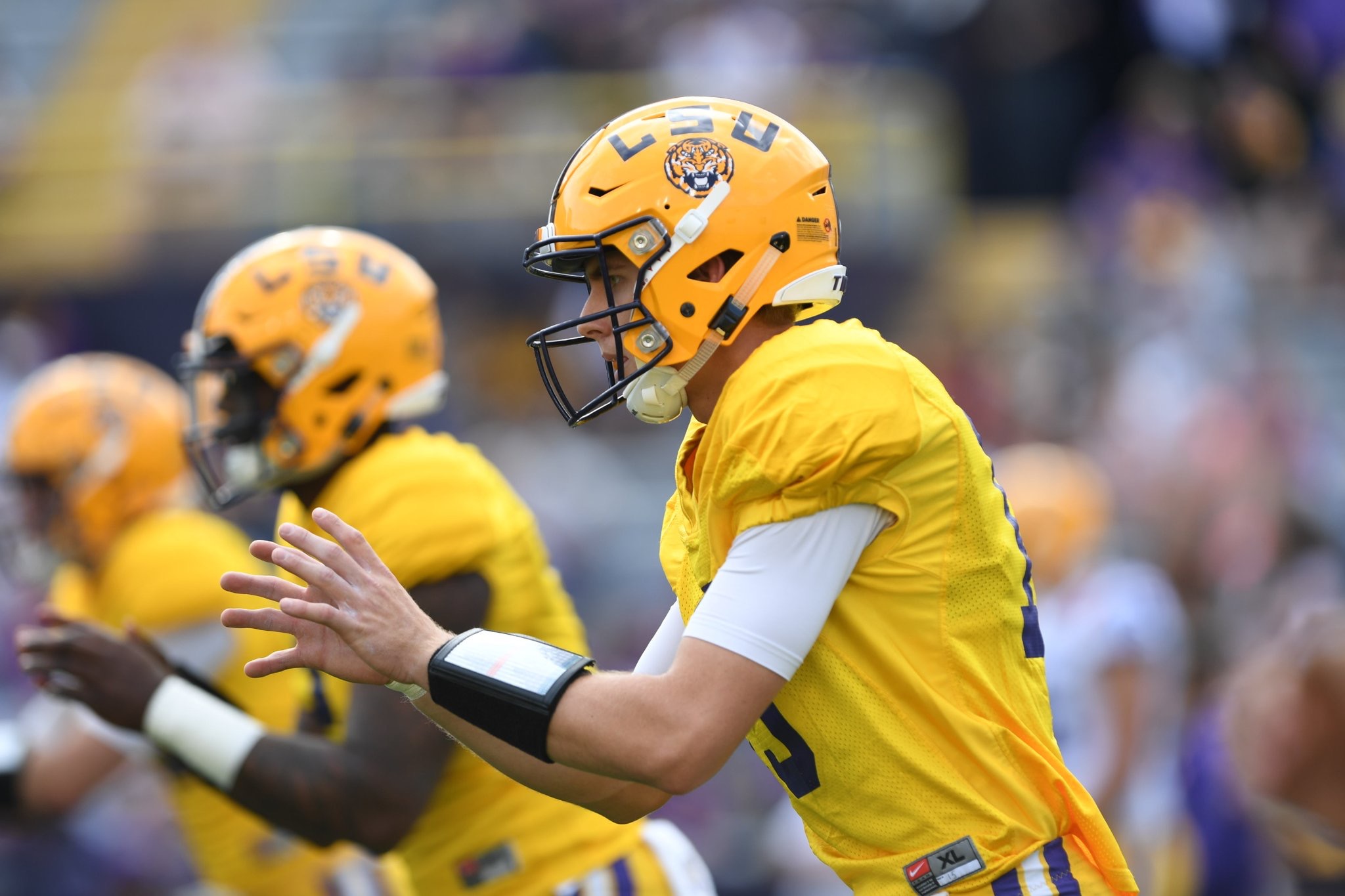 Let’s face it, on Saturday night, not many fans were focused on any other position than the quarterbacks and getting a ‘sneak peak’ into what Ed Orgeron and the Tigers are going to be getting in their three candidates. Justin McMillan, Myles Brennan and Lowell Narcisse were on full display, but it was not the flashiest of performances.

If we were to grade who had the best spring game out of the three, there’s no doubt it would be the junior Justin McMillan. However, Orgeron says it is more complicated than that. “The quarterback competition is going to stay open,” said Orgeron. “Don’t think this was Myles’ [Brennan] best practice (compared to this spring).”

Orgeron and Ensminger even changed it up in the play calling. The Tigers ran lots of shotgun and one-back sets. It is obvious, due to the use of multiple receivers, that they are trying to spread the field.

They even ran the option with Narcisse. Yes, you read that right.

The offensive execution was below par, much in part due to poor protection from the offensive line and the coaching staff is looking to fix that come summer. “Still some inconsistencies, still some mis-reads, mis-throws and mis-protections. I told the team we’re going to be a good football team when we execute,” said O in his presser.

Advantage McMillan in the spring game; however, the LSU quarterback competition is far from over heading into fall camp.