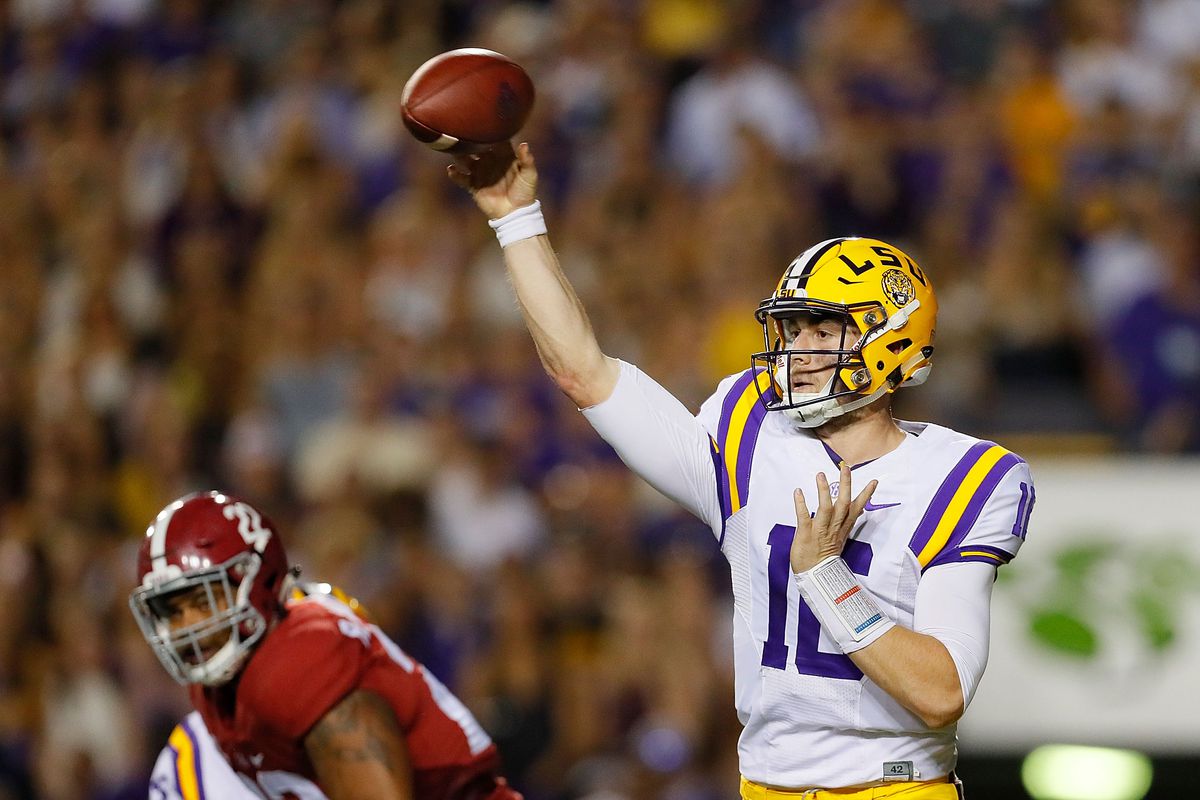 Another year, another thrilling quarterback competition.

As we hit May, Danny Etling looks to still be in the lead for the starting job this fall. Although the current favorite, don’t count out Lowell Narcisse, Lindsay Scott or even Myles Brennan who is arriving to campus shortly. Brennan and Narcisse both enter as highly touted high school prospects who have received high honors from their respective communities.

After the spring game, Ed Orgeron did say that there was no clear leader for the position. “They’re going to have to show me who performs under pressure,” said Orgeron. In addition, LSU QB Danny Etling underwent a ‘minor’ back procedure on April 24th. The surgery was successful, per the staff.

However, the main trait Coach O is looking for in a quarterback is someone who can “take over a game.” Orgeron, who was disappointed with the QB play after the spring game, said he doesn’t believe they have one yet.

One of the quarterbacks in the running, Myles Brennan, is someone to keep an eye on during camp. Brennan will compete for the starting job in the summer, however, will likely make a decision on whether he wants to red-shirt this season. Brennan comes in ranked as a top-5 pocket passer per the ESPN300. On the other side, Lowell Narcisse, the left handed slinger, comes in as a top-5 dual threat prospect with much to prove. In the end, it will be quite the interesting summer in the LSU quarterback room.

Bold statement: Although it may seem in disarray, the future is (actually) bright for LSU at quarterback.