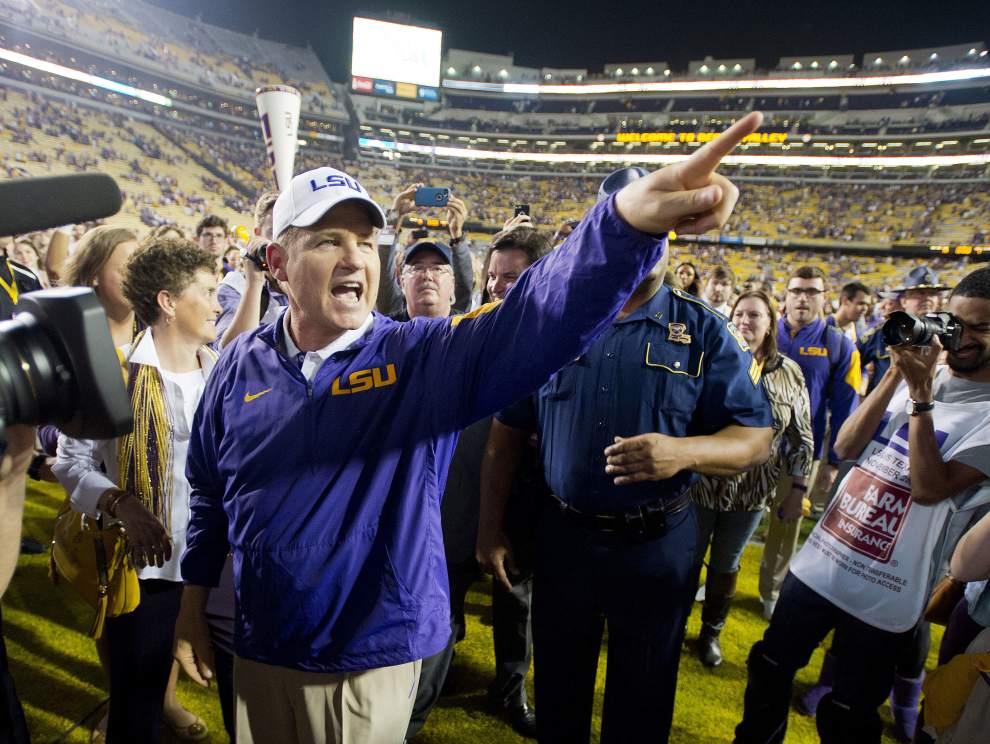 The main focus for LSU this spring has been working on Brandon Harris and getting him to have a breakout year for the Tigers in 2016. As a team, LSU has the talent to win a championship, but need quality QB play from Harris to contend. Coach Miles recognizes LSU’s tough schedule in front of them, but feels with the squad he has, he can win lots of games. For more:

Dave Aranda’s new 3-4 defense will debut against his former team, the Wisconsin Badgers, in Lambeau Field. How fitting of a return for the former Badger defensive coordinator.

Who to Watch for This Season:

1. Arden Key will be a rising star in the upcoming season for the Tigers. You can just tell, he is a freak athlete that is incredibly quick around the line of scrimmage. He has an impact on almost every play, and creates havoc for the opposing teams offenses. Many have compared him to former LSU DE Barkevious Mingo for his rare talent athletic ability. Key, though, made a mark in his freshman season with 42 tackles and also led the team with 9 QB hurries. His stature, built and quickness are the reasons why he will have a very bright future.

2. There is so much talent coming to Baton Rouge in 2016, so we are just going to say the entire recruiting class. Les Miles notched the third nationally ranked class in the ESPN300, notably Rashard Lawrence and Kriston Fulton. Miles also recently received commitments from 2017 QB’s Myles Brennen and Lowell Narcisse. Below we’ve added the top 10 recruits that will be hitting the field in the fall for LSU. (Courtesy of The Advocate – Baton Rouge)