Home > Other > Preview: LSU sets focus on hosting No. 1 Alabama at night in Tiger Stadium. 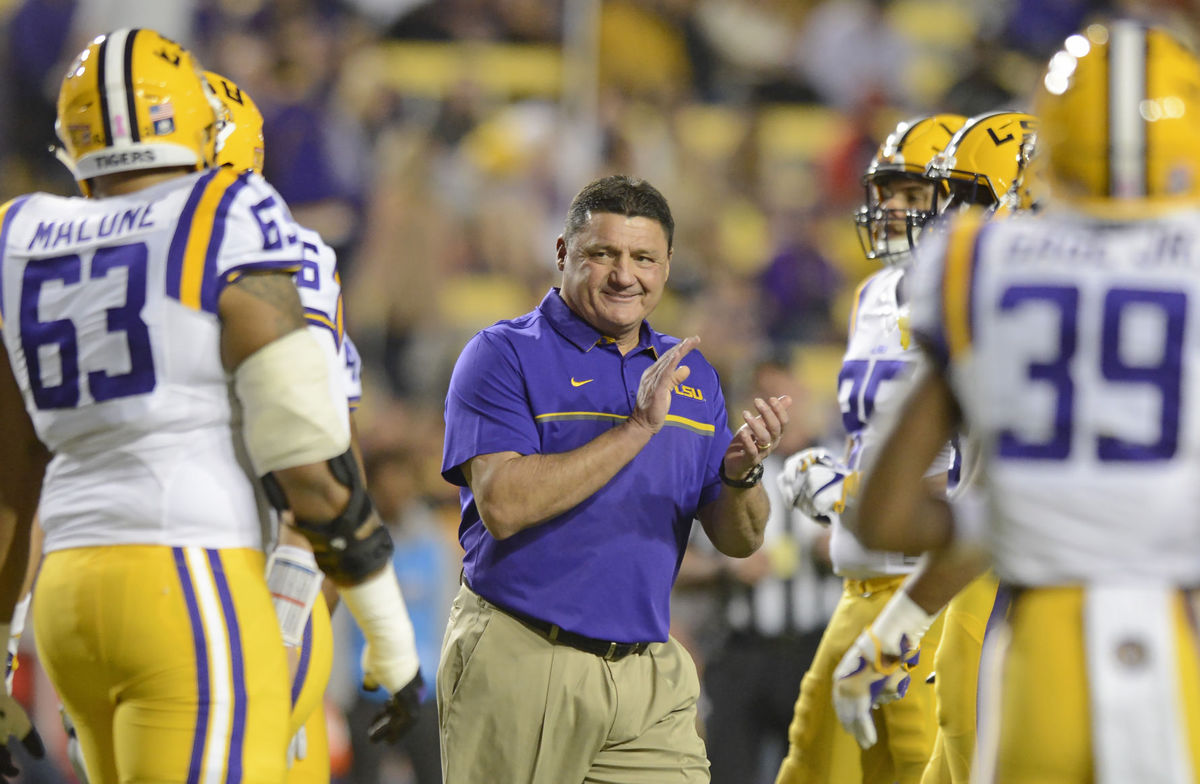 As both teams reach their bye weeks, both LSU and Alabama are playing red hot. Alabama QB Jalen Hurts is shooting up the Heisman ballot, however, LSU RB Leonard Fournette is making his case after a 284 yard performance last Saturday in Tiger Stadium. LSU is trying to end the streak of five straight losses against the Crimson Tide, and know they have let a few games slip in the last decade. Here are the impact players for next Saturday’s crucial SEC west showdown.

Even though Nick Saban won’t be suiting up for Alabama, he still is one of our impact players. Why you may ask? Because in recent meetings, the games have come down to coaching, and Saban has gotten the best of LSU, leaving a bitter taste in the people of Louisiana. As for Hurts, he has become a breakout freshman, who we feel is the most underrated Heisman candidate in the country. His ability to run the ball effectively and throw it at a high level as well will become a major challenge for LSU.

Leonard Fournette will be an impact on each and every game, but this one is different. In likely his last LSU-Bama game, he will want to leave his legacy with a victory. Fournette is a motivated player who plays his best when angry and determined. Safety Jamal Adams has become one of the premier defensive backs in all of college football, and could hear his name called in the NFL Draft as early as the first round. Arden Key has given opposing quarterbacks fits, and is bound to have a record breaking year for the Tigers.

Keys to Victory: For LSU, you can’t afford to make a mistake against a team like Alabama. The Tigers will need to play a near perfect game, and especially with need to hold on to the football. For the Tide, it’s simple, close the gaps so Fournette can’t run for big plays, stick to the game plan, and don’t let the crowd noise affect you. Tiger Stadium on a Saturday Night is known to be the loudest atmosphere in football, and Alabama will be very well aware of that next week. Jalen Hurts will need to play like he has been, or else Arden Key and that Tiger defense will exploit you. Photo via The Advocate – Baton Rouge