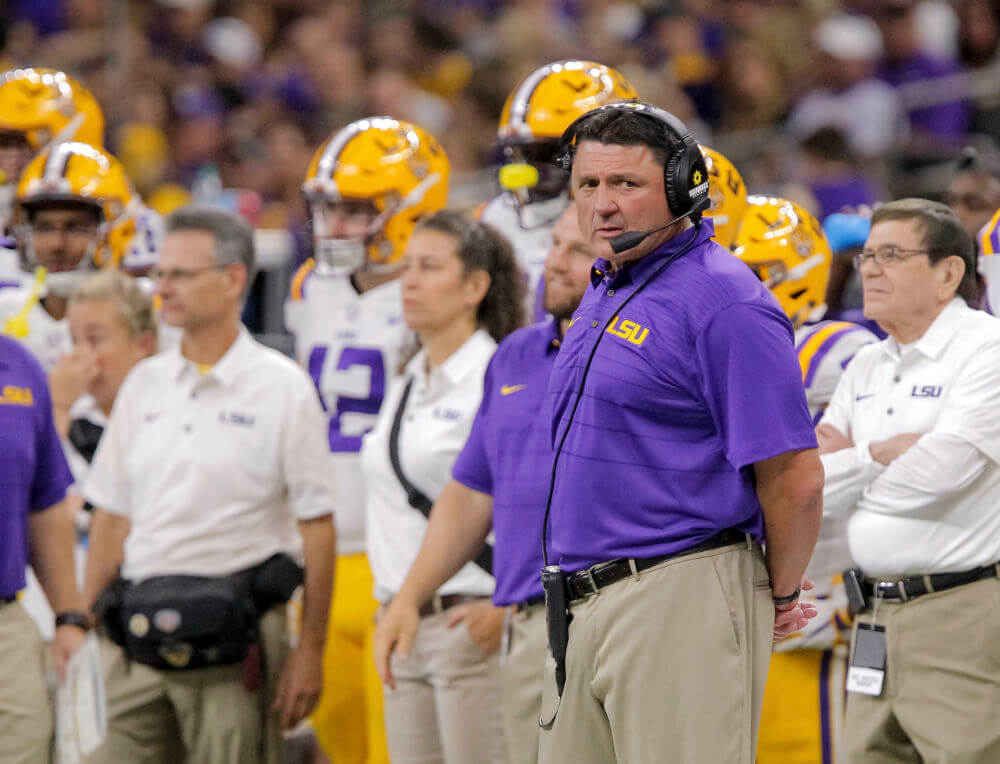 The Fighting Tigers will begin conference play on Saturday in their first road test of the season. LSU will take on Mississippi State in Starkville and will battle the noise of the cowbells. State is headlined by their talented sophomore QB Nick Fitzgerald, who can throw the ball very effectively, but also beat you with his legs. Orgeron earlier praised MSU’s Dan Mullen on his ability to recruit the quarterback position.

“We had a tremendous week of practice,” said Orgeron ahead of MSU.

LSU comes into this contest having played 20 freshman, most of which proving they belong. Orgeron noted today that the coaches emphasized short yardage, goal line and red zone situations in practice this week.

As far as notable injuries, DT Rashard Lawrence, who Orgeron calls their “best player,” hasn’t put a pad on all week. Obviously, Lawrence will sit this one out. OG Donavaughn Campbell is not going to travel with the team to Starkville and DT Frank Herron will not be back, at least for this week, per Orgeron in his Thursday presser.

Special Team Notes: Cameron Gamble will remain LSU’s kickoff leader and Jack Gonsoulin won the place kicker competition, according to Orgeron. On the offensive line, Ed Ingram will start for the Tigers at right guard. Saahdiq Charles will rotate in. harrisonvalentine, 6 years ago 5 min read
Other