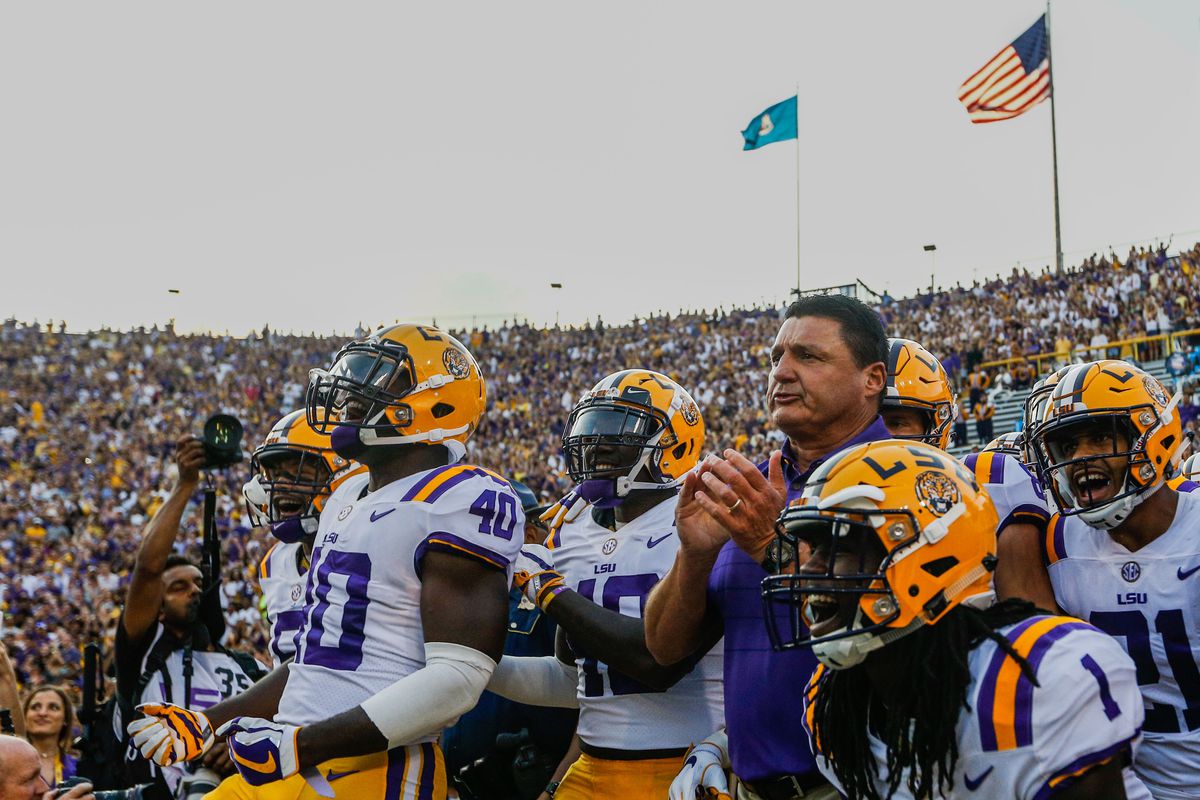 Get your popcorn ready, put on your purple and gold, find your favorite spot on the couch and get excited because LSU returns to the field on Sunday night in Jerry World. The Top 25 matchup will be televised by ABC at 6:30 CT/7:30 ET.

Many storylines will highlight this game, but none bigger than the debut of Ohio State transfer quarterback Joe Burrow. No more talk, no more speculation, just football for Burrow against one of the top defensive units in the country.

Miami may have a stingy defense, but LSU’s defense, led by Dave Aranda, cornerback Greedy Williams and linebacker Devin White can match them.

It will ultimately come down to Joe Burrow vs. Malik Rosier.

Which quarterback can win their team the game, because, let’s be honest, both defenses are stellar. LSU is 3-0 all-time when playing in AT&T Stadium, most recently coming against TCU in 2013 with Odell Beckham Jr. and Jarvis Landry.

The Tigers enter this game without a proven running back like they’ve been used to. No more Fournette, no more Guice, instead a few backs who’ve been a shadow under their wings the past few seasons. Senior Nick Brossette will get the start and sophomore Clyde Edwards-Helaire will back him up.

It’s also the debut of Texas Tech transfers Bredion Fehoko and Jonathan Giles. A lot of unknowns entering Sunday, but that means answers are coming.

This is just a short preview of what’s to come. We’ll be in Dallas so keep it here for all things #LSU football. Congrats, you’ve made it. Tiger football is back.