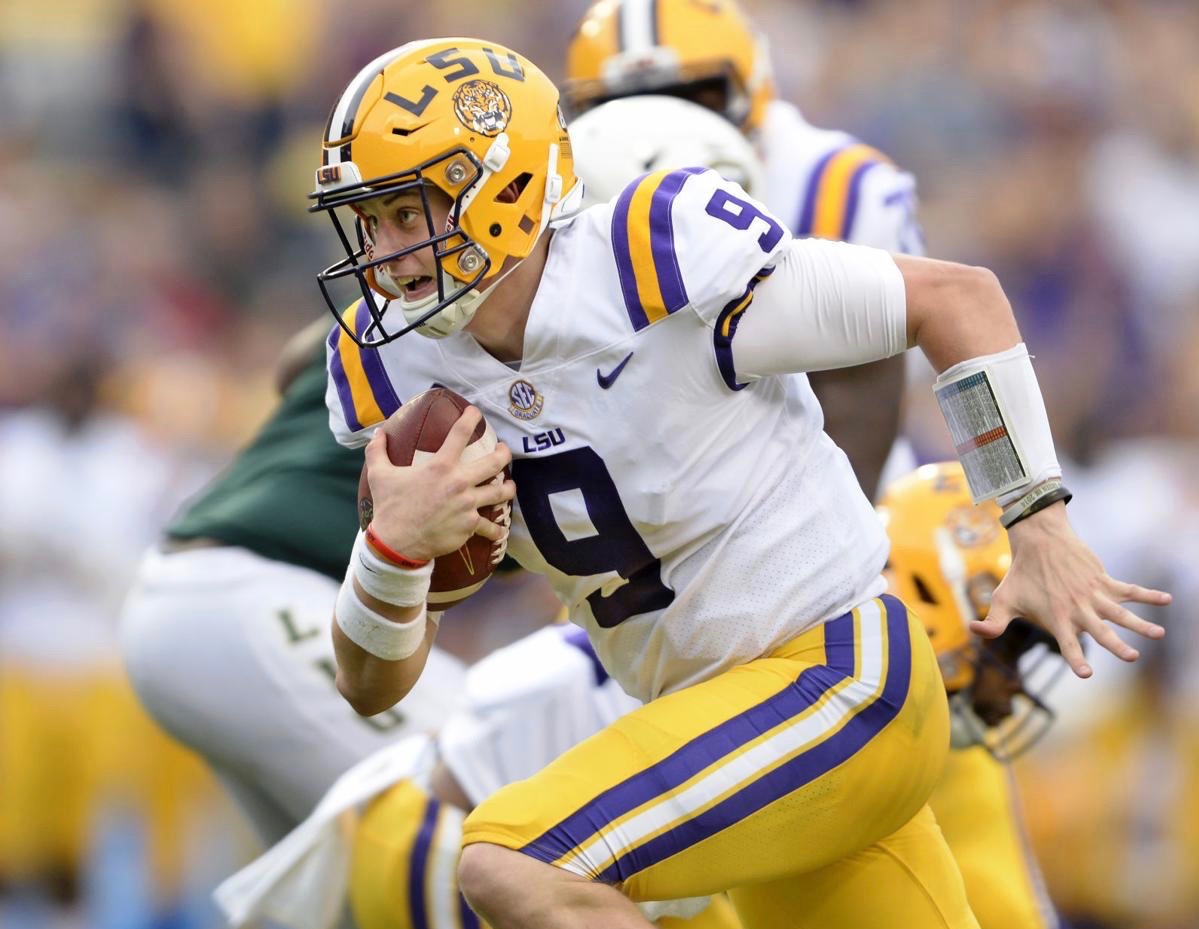 Joe Burrow runs in the endzone to score during the first half of LSU’s football home opener against SLU in Tiger Stadium Saturday Sept. 8, 2018, in Baton Rouge, La. (Advocate staff photo by Bill Feig)

LSU and Auburn have produced some instant classics in the past decade. Some resulting in jubilation and some resulting in great agony. Regardless, the two teams meet on Saturday in a top 15 matchup on CBS with lots on the line, because, how else would it be?

LSU enters Jordan-Hare with convincing wins over Miami and Southeastern, but that confidence has dwindled a little bit because of how the offensive line has performed in those two games. Granted, the Tigers didn’t have starting right tackle Saahdiq Charles against Southeastern and they will get him back this weekend, but Joe Burrow was in constant duress for much of both games. Charles will return after serving a one-game suspension for reasons unknown.

They also lost starting linemen Adrian Magee for 2-3 weeks with a leg injury.

Bottom line: If LSU wants to walk out of Jordan-Hare 3-0, they will have to protect their quarterback. Solid offensive line play will open up the offense and allow the (real) Tigers to have a chance at getting the victory on the road.

Auburn boasts one of the nation’s premier front seven’s in the country, so LSU’s offensive line will have to get extra physical in order to match their talent.