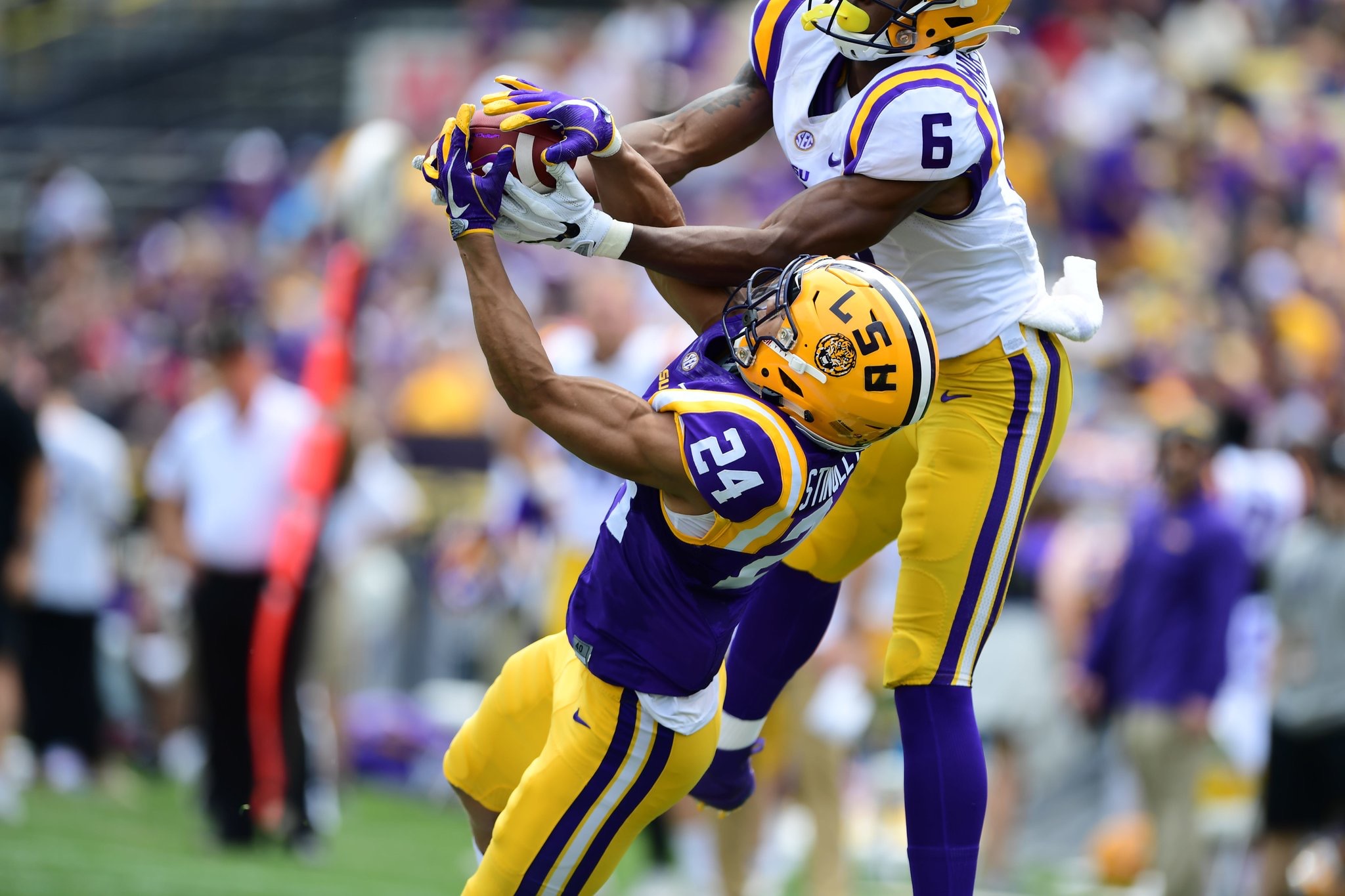 It was ‘Saturday afternoon in Death Valley’ and the Tigers took the field for the annual L-Club spring game.

All eyes were on the LSU offense, even though Ed Orgeron made it clear they were not going to open up the playbook for this game. Regardless, it was obvious the offense was more spread oriented with snaps under shotgun, no huddles and lots of quick passes.

“I think we’re far advanced than we’ve ever been since I’ve been here,” said Orgeron postgame.

Burrow found Justin Jefferson for a 10-yard score in the first quarter.

Brennan dropped a perfect 44-yard pass to Racey McMath in the second quarter.

“We just tried to show everybody a little bit of what we’ve been doing all spring. We’re spreading it out a little more. I’m glad we didn’t show too much, but I’m excited about where we’re at,” said Joe Burrow.

The highlight of the game was the performances of two early enrollees. First, it was Derek Stingley Jr. leaping up and getting his first interception as a Tiger. Then, freshman defensive tackle Siaki “Apu” Ika standing out and recording two sacks.

Those two are going to be fun to watch.

Chris Curry rushed 15 times for 72 yards and two touchdowns, leading the running back unit on the day. Clyde Edwards-Helaire ran for 77 yards and a touchdown on 12 carries.

With today’s game, spring practice is officially in the books.