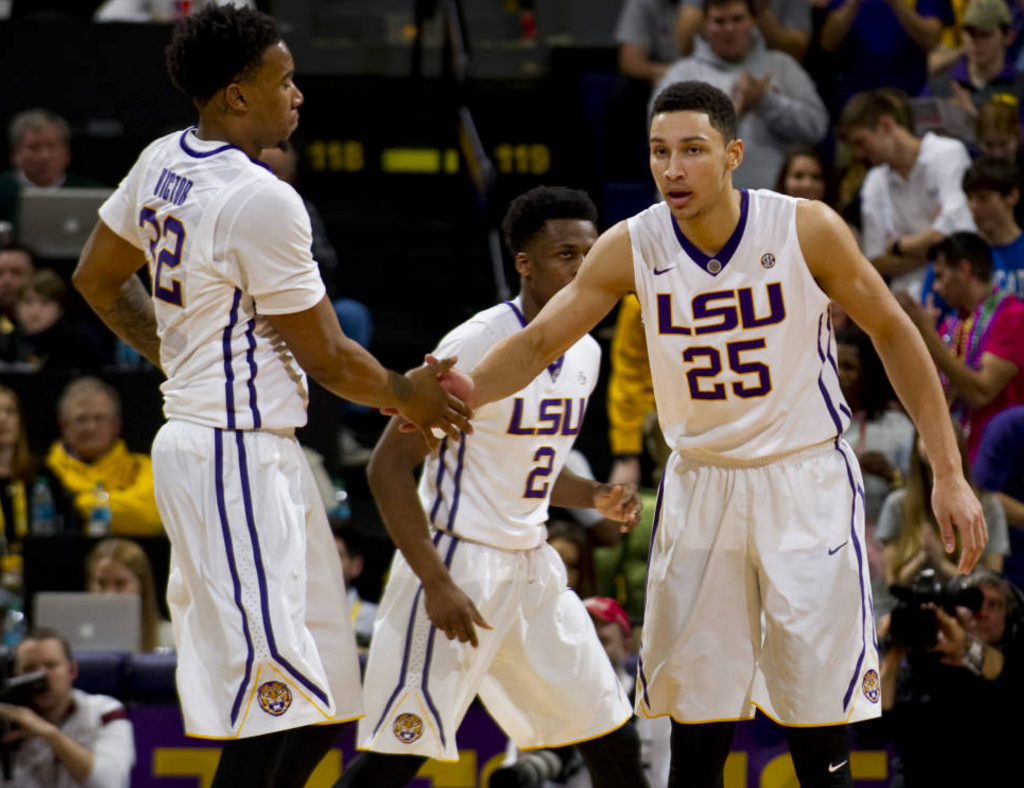 Blakeney, who has been struggling shooting hit 11 of 17 shots, including four 3 pointers.

It was safe to say it was his best outing as an LSU Tiger.

LSU shot 65.5 percent (19 of 29) in the second half, as the struggling Mississippi State Bulldogs could not catch up.

“It’s something I need as a scorer, said Blakeney.”

“I’m a confident guy whether I had that game or not, but it definitely helped.”

“I believe in the process and I know nothing’s easy. You’re going to go through ups and downs in the game of basketball, said Blakeney.”

“You’ve got to be able to work through it and that’s what I’m trying to do.”

Due to Texas A&M losing at Vanderbilt, the Tigers now holds first place in the Southeastern Conference.

“We knew tonight would be a tough basketball game for us.”

“Several of their games against top competition in our league have come down to the last two possessions of the game when they’ve had setbacks, be it via Florida, Kentucky and other places that they’ve played.”

“They got off to a great start, but I have to credit our team for staying the course, making plays and settling down as the game played out, finishing strong there in the first half.”

“Coming out early in the second half, gaining momentum and continuing to play the game out, we had several positive things from our entire team.”

“I am really proud of the way Keith Hornsby and Antonio Blakeney stepped up, amde big plays and big shots for us tonight.”

“It was really needed to stay with the type of lead that we needed against a team that was very capable of making plays on the offensive end of the floor.”

“Disappointed in tonight’s loss. I thought our start to the game was great. I was excited about how we came out.”

“Obviously, the foul trouble really hurt us becuase we were short a guy.”

“Before the game, I didn’t know for sure I.J. (Ready) could go until warmups. I found out literally when they were announcing the starters. That was a tough break.”

“Simmons was spectacular. We got hurt by the three point shot big time by both Blakeney and Hornsby.”

“They really shot the ball well. Simmons did a great job distributing the ball with seven assists.”

“We have to come back now.”

NEXT GAME: LSU travels to South Carolina on Wednesday.

LSU to host UL-Lafayette in NIT opening round