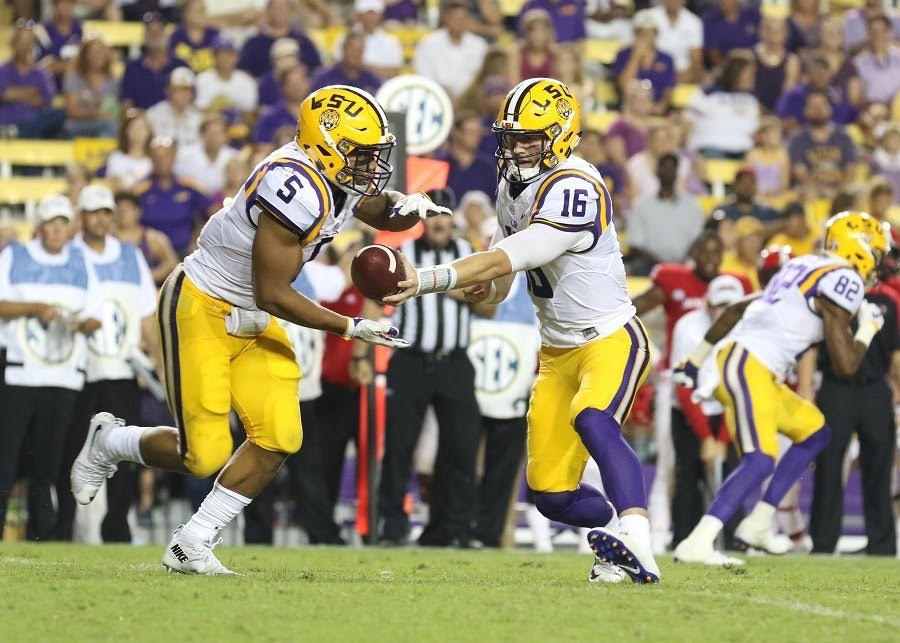 Only 78 days until SEC Football is back, so we thought we’d rank the top returning running backs heading into the 2017-2018 season. This upcoming year has most of its spotlight surrounding the quarterbacks, however, the conference returns a stable of star running backs fully capable of attracting lots of attention.

Last season the sophomore back ran for 183 carries, 1387 yards and 15 touchdowns, all behind a Heisman candidate in Leonard Fournette. This year Guice will be the lone man, and the “go-to guy” for Ed Orgeron and Matt Canada, looking to be in the running for the Heisman Trophy himself.

If it wasn’t for injury, freshman running back Bo Scarborough could have put up some insane numbers in his first year in Tuscaloosa. With 125 carries, Scarborough ran for 812 yards and 11 touchdowns. Scarborough ran for 93 yards in the National Championship game before suffering a lower-leg injury during the third quarter.

After a college career riddled with injuries, Georgia running back Nick Chubb should be fully healthy heading into 2017. The junior back ran for 1,130 yards on 224 attempts with 8 touchdowns. Chubb and his counterpart Sony Michel decided to return to Athens for their senior seasons, so watch out for that pair in the SEC East.