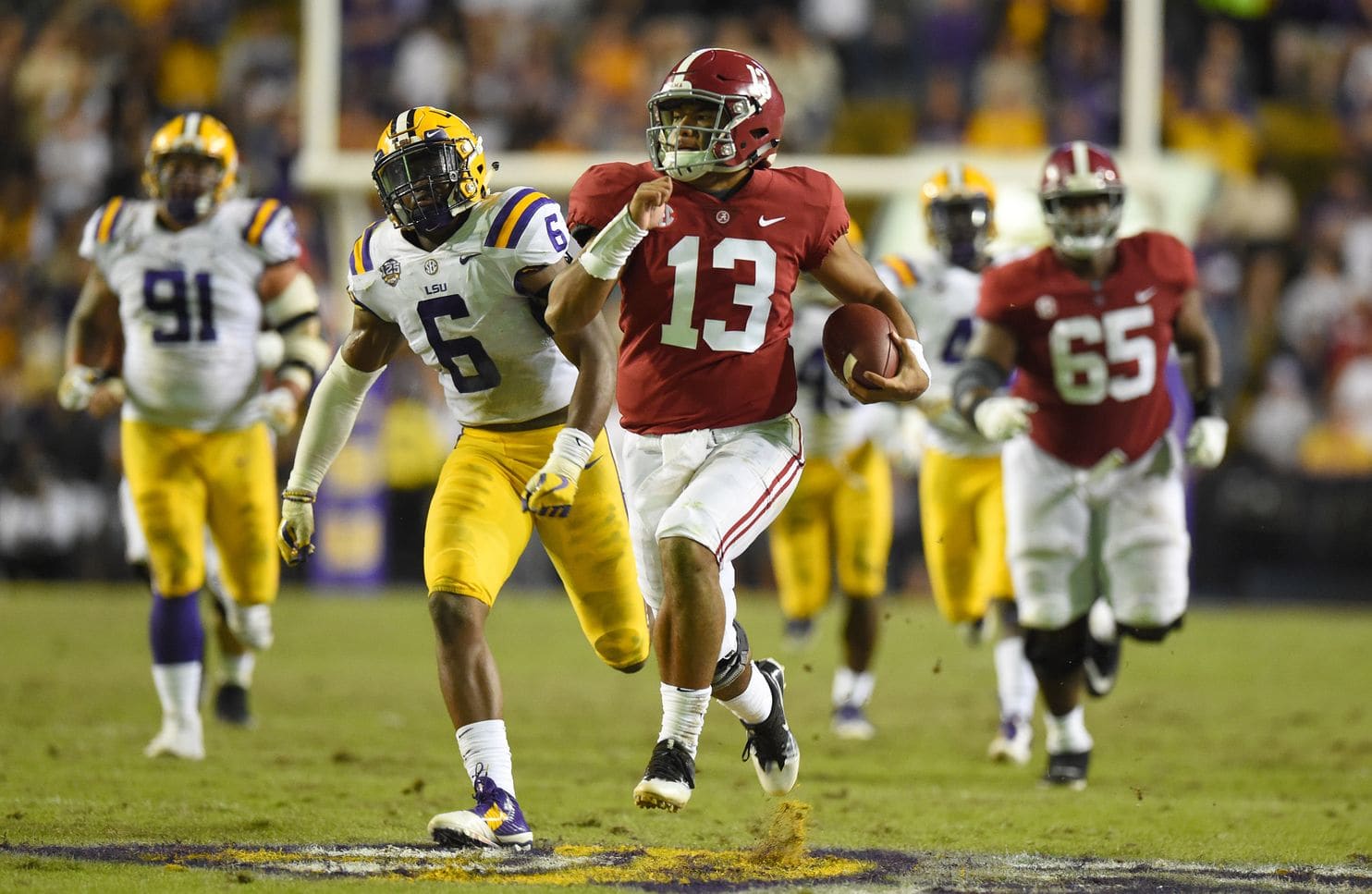 Today’s weather in Baton Rouge was characteristic of the performance Saturday in Tiger Stadium: When it rains, man it pours.

My first observation is this: LSU may recruit as close to the level of Alabama as any team in the nation. The raw, on-field talent from both schools is not that dissimilar. The talent gap is certainly not 29-0. Something has to change schematically on offense, as it seems like the same script every year on that side of the ball against the Tide.

Second, I thought last night’s game was a fitting depiction of the last decade. The Tigers’ defense remained on the field for the entirety of the night, while the offense fought for every half yard. The running game was non-existent, rushing for 12 yards total all game. Twelve — you heard that correct. The Tide gave up 31 points to Arkansas, 23 to Texas A&M, 21 to Tennessee, hell, they even gave up 14 to Louisiana-Lafayette. But, the Tigers couldn’t even salvage a single point in their own stadium, and there is no excuse for that.

Steve Ensminger and the LSU offense are good enough to beat a lot of teams. Just not Alabama. This type of offense will never beat Alabama as long as it stays like it is. The lazy response will be to “recruit better,” but LSU has the talent to beat Alabama at least once in eight years. The tune remains the same.

You never really had a feeling LSU was going to do anything offensively. If the defense made a stop, great, but you knew nothing was coming from it.

The saddest part was that the offensive line was just completely manhandled. It seemed like on every play, Joe Burrow was dropping back and getting pressured or sacked. Burrow wasn’t good either, but it was inexcusable that he was under the kind of duress that he was under all game. Ed Orgeron should hire an offensive coordinator that can compete with Alabama. Until then, who knows.

Burrow was sacked five times, but the pressure was on almost every snap.

That being said, there’s no way Alabama loses a game this season. In fact, a loss against them isn’t something to be mad about, but the way in which the Tigers lost last night is. It’s one thing to lose in a four-quarter affair — heck even a three quarter affair, but it’s another thing to not even be competitive. The Tigers never had a chance to be competitive.

LSU takes on Arkansas in Fayetteville Saturday at 6:30 p.m.

If they win out, a fantastic bowl is imminent.

And, contrary to certain belief, the sun came up this mornin’.