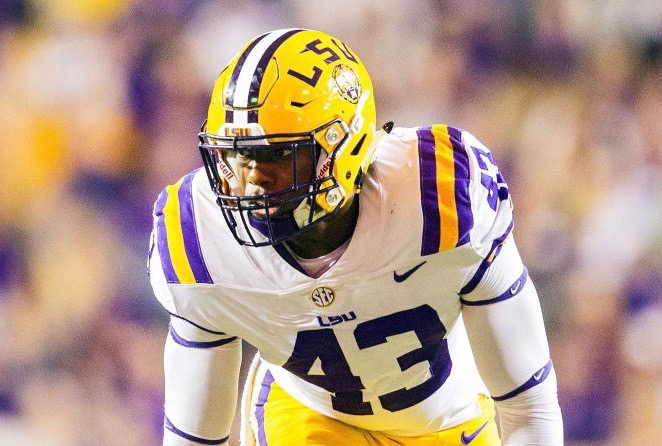 BATON ROUGE, LA - NOVEMBER 25: LSU Tigers line backer Ray Thornton (43) lines up for a play during a game between the Texas A&M Aggies and the LSU Tigers on November 25, 2017 at Tiger Stadium in Baton Rouge, Louisiana. (Photo by John Korduner/Icon Sportswire via Getty Images)
Football

LSU outside linebacker Ray Thornton has been suspended for a violation of team rules, Ed Orgeron told the media today during his press availability.

Orgeron wouldn’t comment further on the matter, but said it was ‘team rules’ related and there is currently no timetable for his return. The Tigers’ defensive depth is taking hit-after-hit and is starting to become razor thin. Sophomore safety Kenan Jones entered the transfer portal earlier Thursday.

Thornton has played in all four games for LSU in a backup role.

Orgeron says Ray Thornton is suspended for a violation of team rules. #LSU