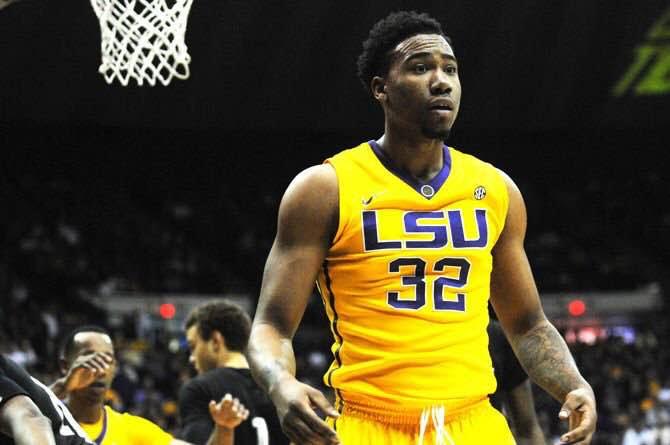 The Tigers gained a very important victory over a struggling No. 15 Texas A&M. LSU improved to 16-9 and 9-3 in SEC. Simmons had his 17th double-double of the season recording 16 points and 11 rebounds. For more on the game:

“Any time you play against a really solid defensive basketball team like Texas A&M and not have any turnovers and you’re handling the ball for the percentage of time during that game like that, it speaks volumes of his ability to see the floor and make the right plays and the right passes,” said LSU coach Johnny Jones about Simmons.

“Great all-around game for him. He can impact the game without taking shots and that’s how good he is and that’s how effective he is — and I think he gives guys confidence around him.”

Craig Victor scored 16 points and Keith Hornsby added 15 points and 5 steals as well for the Tigers. Antonio Blakeney had 10 points.

“We had no answer for him. I thought we got out-toughed,” said Billy Kennedy coach of Texas A&M.

The Aggies leader was Danuel House, scoring 20 points and 4 rebounds.

“It was huge,” Simmons said. “It was a great opportunity for us to get that win.”

“I thought there was a great effort from our team tonight in a game that we knew would be a hard-fought battle against a very tough, talented basketball team, abd that it was.”

“Our guys came out in the first half in the first give or so minutes and played at a certain level with energy and excitement in the game.”

“Knowing the great team that Texas A&M is and the firepower they possess, I knew they would continue to fight.”

“Unfortunately, we had a little of a deficit there at the half because of some foul trouble we caught in the first half.”

“Defensively, we had great stops. On the offensive end, we stayed away from taking tough shots and executing plays and taking care of the basketball to give ourselves a chace to get out of here with a big win here in a great conference game today.”

“I thought it was really good for us. We didn’t shoot them great the other night,” said Johnny Jones on LSU’s performance at the free throw line.

“Tim Quarterman was excellent today. This afternoon, he did a great job of running our team, quarterbacking it, getting the ball to guys in areas in scoring position.”

The Tigers committed just nine turnovers in the game to A&M’s 19.

LSU is now tied with Kentucky for first in the SEC.

The Tigers were able to shoot 50 percent or better in the second half for the 17th time this season.

NEXT: LSU will host Alabama on Wednesday.

For updates during LSU Basketball games, follow @HValentineLSU or @InsideLSU.