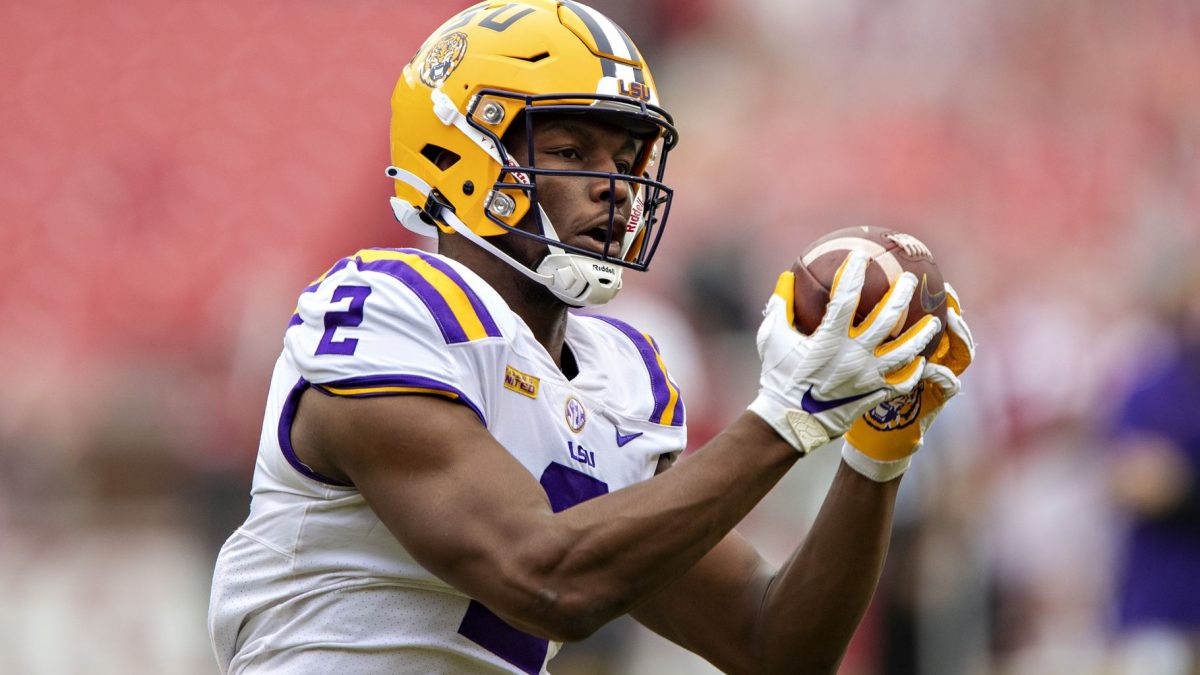 UPDATE: Coach O confirmed on the SEC coaches teleconference this morning that freshman tight end Arik Gilbert has opted out on the remainder of the 2020 season.

After reports from last night claimed Gilbert was considering transferring out of the LSU program, Orgeron confirmed that Gilbert came and talked to him yesterday about the possibility of opting out of the remainder of the 2020 season. The former Gatorade National Player of the Year missed practice on Monday and has been believed to “homesick” this semester.

“His mother’s in town speaking with him right now,” Orgeron said. “I don’t know if they’ve officially announced it yet. But that’s where we’re at and that’s what we discussed.”

In the case that Gilbert does choose to leave — or opt out — Orgeron made it clear that LSU would gladly welcome him back to the program if he chooses to come back, just like they did when Neil Farrell opted back into playing the season in September.

“I think that if he opts out and he wants to come back, definitely I’m going to take him back,” Orgeron said. “He’s a great player and a great young man. I recruited him and we treat him like family, just like everybody else.”

In his first year in Baton Rouge, Gilbert has caught 35 passes for 368 yards and two touchdowns. Losing him would be a devastating setback for the program.

“We’re all here for (Arik),” said center Liam Shanahan on Tuesday. “I want to talk to him and try to make him feel a little bit better. It’s a tough year. The season hasn’t gone as we would have hoped. Hopefully he’ll be alright. I’m hoping to talk with him soon to see where his mind’s at.”

Orgeron on Arik Gilbert: "We're fine. This is not something we haven't dealt with before."

Points out Neil Farrell opted back in, and otherwise it's next man up. #LSU

LSU moves to No. 1 in latest College Football Playoff rankings