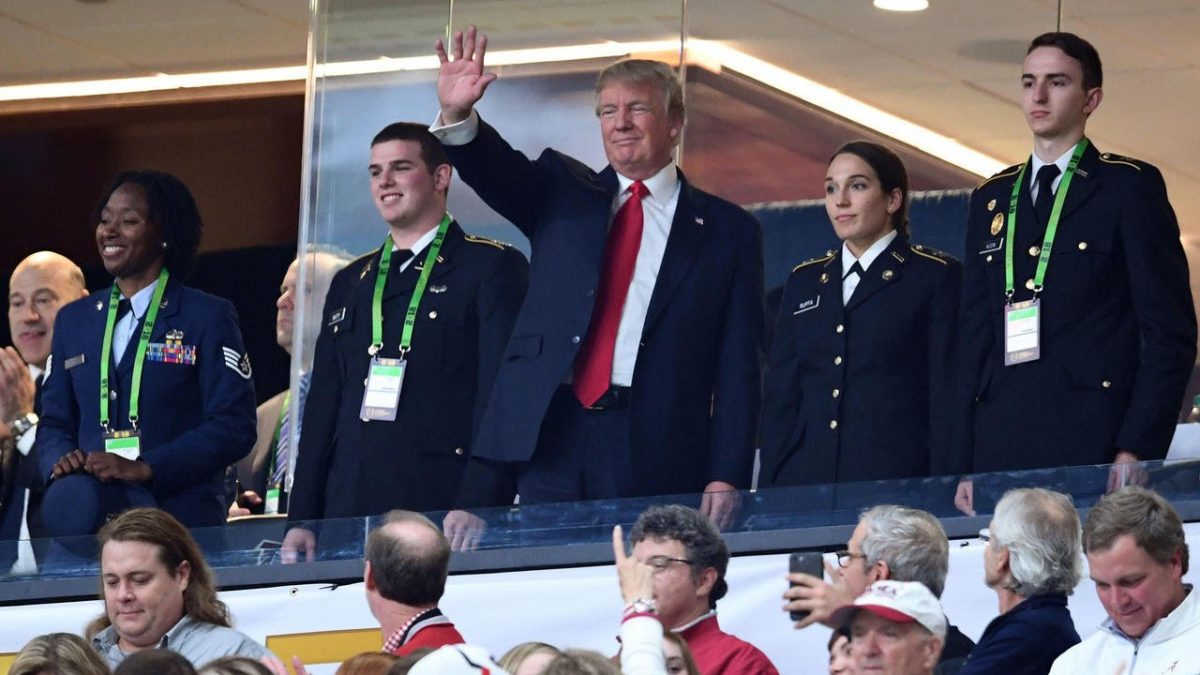 As if the stage needed to get any bigger. Sports Illustrated is reporting that President Donald Trump is planning to attend Saturday’s No. 1 vs. No. 2 matchup in Tuscaloosa.

The White House has not officially confirmed this yet, but multiple media outlets are hinting that Trump heading down to Tuscaloosa is already in the works. Trump attended the 2018 National Championship game and recently attended Game 5 of the World Series at Nationals Park.

Guest picker Trump for College GameDay? I wouldn’t rule anything out at this point.