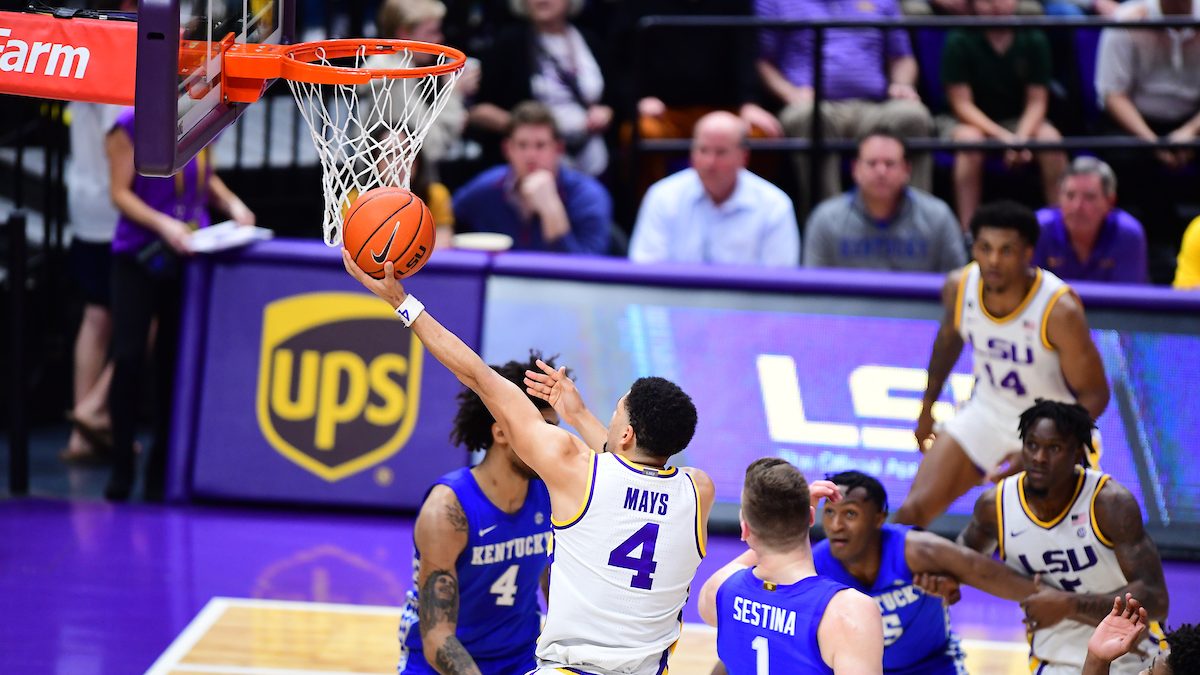 Tenth-ranked Kentucky went 17-of-23 from the field in the second half, at one point converting on seven-straight three-point attempts, to leave Baton Rouge victorious with a 79-76 win over LSU Tuesday night.

Skylar Mays led the Tigers in scoring with 17 points, and Darius Days posted a double-double with 13 points and 11 rebounds.

"Hopefully they'll be improved. If not, we'll be playing home games in the NIT."

Nearly 30 games into the season, #LSU Will Wade keeps seeing his team make the same mistakes.

"If I had options, I'd be playing other guys." @WAFB pic.twitter.com/dh5KCAhIgf

LSU bounces back to even series vs. Eastern Kentucky behind Landon Marceaux