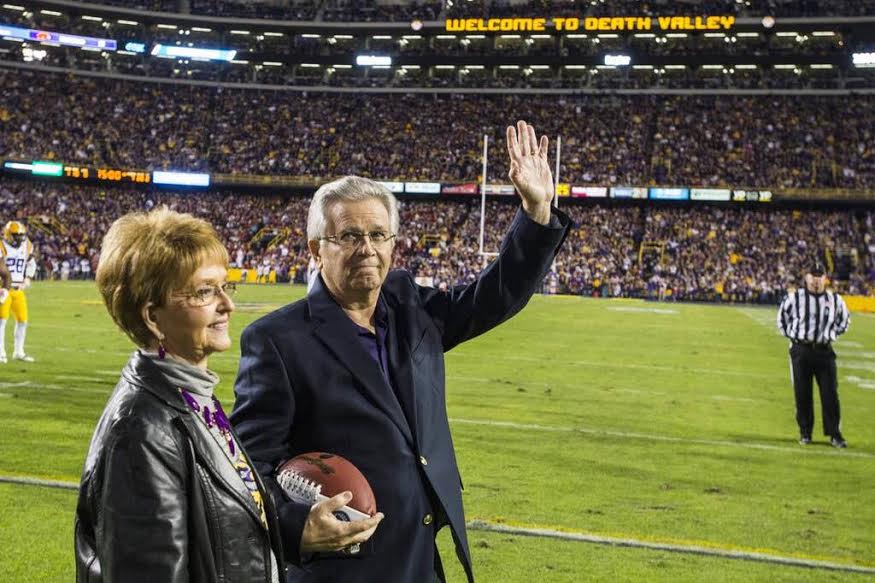 After 36 years of calling LSU Athletics, the “Voice of the Tigers,” Jim Hawthorne, has officially gone into retirement. Jim, known for his unique voice, called hundreds of LSU Football, Baseball and Basketball games over his remarkable career. Nothing will be quite the same without him. Chris Blair will be LSU’s new play-by-by Voice of the Tigers. Hawthorne has called LSU Sports games since 1984. Congrats Jim!

– Hawthorne has called the 1988 infamous “Earthquake game” victory vs Auburn.

“I’ve had more thrills than I deserve,” Hawthorne told ESPN.

“I remember sitting at my radio show and having caller after caller congratulate him on a great career and what he’s meant to them,” said Les Miles.

“Thank goodness he was with us.”

“It is easy for me when they ask what’s your favorite call you’ve ever made, and that’s Warren Morris’ home run, because there’s never been anything close to it.”

“Warren Morris is two outs, runner at third, down a run, and the guy hasn’t hit one all year — and he hit the first pitch, so you didn’t have time to set it up.”

“So that’s the most emotional cal without question.”

“It’s just really been overwhelming, humbling, people that want to take a picture or ask me to sign something or just come up and say hi,” said Hawthorne.

“Some of the college kids that come up and talk to me, they’ve never heard anyone else do an LSU game.”

“I’m the only one that they know as the voice of LSU. That’s neat to know that — that you’ve been around that long.”

Thank you Jim for an amazing 36 years.