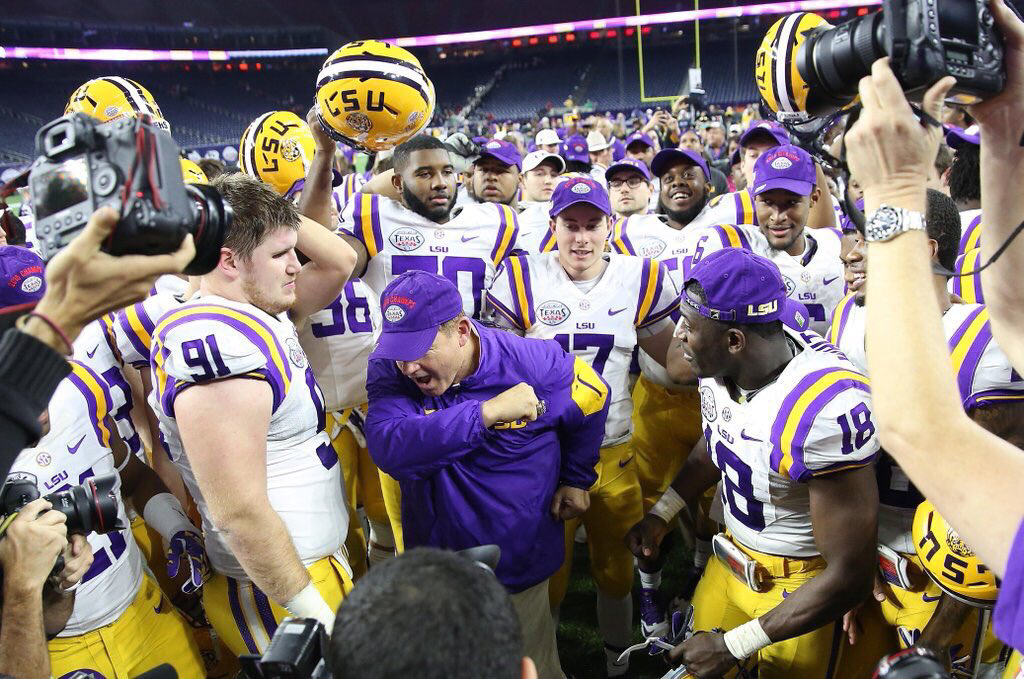 Get ready! In just fifty-seven days, a wonderful slate of opening weekend games in the upcoming college football season will be set to kickoff. LSU will look to take down another grueling SEC schedule in 2016, but first they have all eyes set on Wisconsin at Lambeau Field on September 3rd.

What LSU needs to do: Again, on the schedule this year is the deadly three game stretch of Ole Miss, Alabama, and Arkansas, the three teams that crushed LSU’s title hopes to bits and almost ran their legendary coach out of Baton Rouge last season. What they need to do is own November. That may seem like a tough task, but in the SEC, it’s the only key to winning championships. Les Miles and the Tigers’ have given five straight victories to their dreaded foes, the Crimson Tide of Alabama. In 2016, QB Brandon Harris is going to need to be confident, smart, and dedicated to leading this team to victory once again. The most intriguing matchup has to be October 8th in Gainesville, Florida. Obviously, many will circle the Alabama matchup right away, but a trip to the Swamp, no matter how good or how bad the Gators are, is never easy. That is a game that LSU is going to need to walk out with a W from if they want to be a playoff caliber team.

Going into his junior year, QB Brandon Harris has a confidence he hasn’t had in recent years. He believes he “has the best arm in college football, best team in college football.” In fact, Harris had a 67.2% accuracy rating under pressure in 2015, the best of any SEC QB. Numbers are pointing at a bright future for the kid from Bossier City.