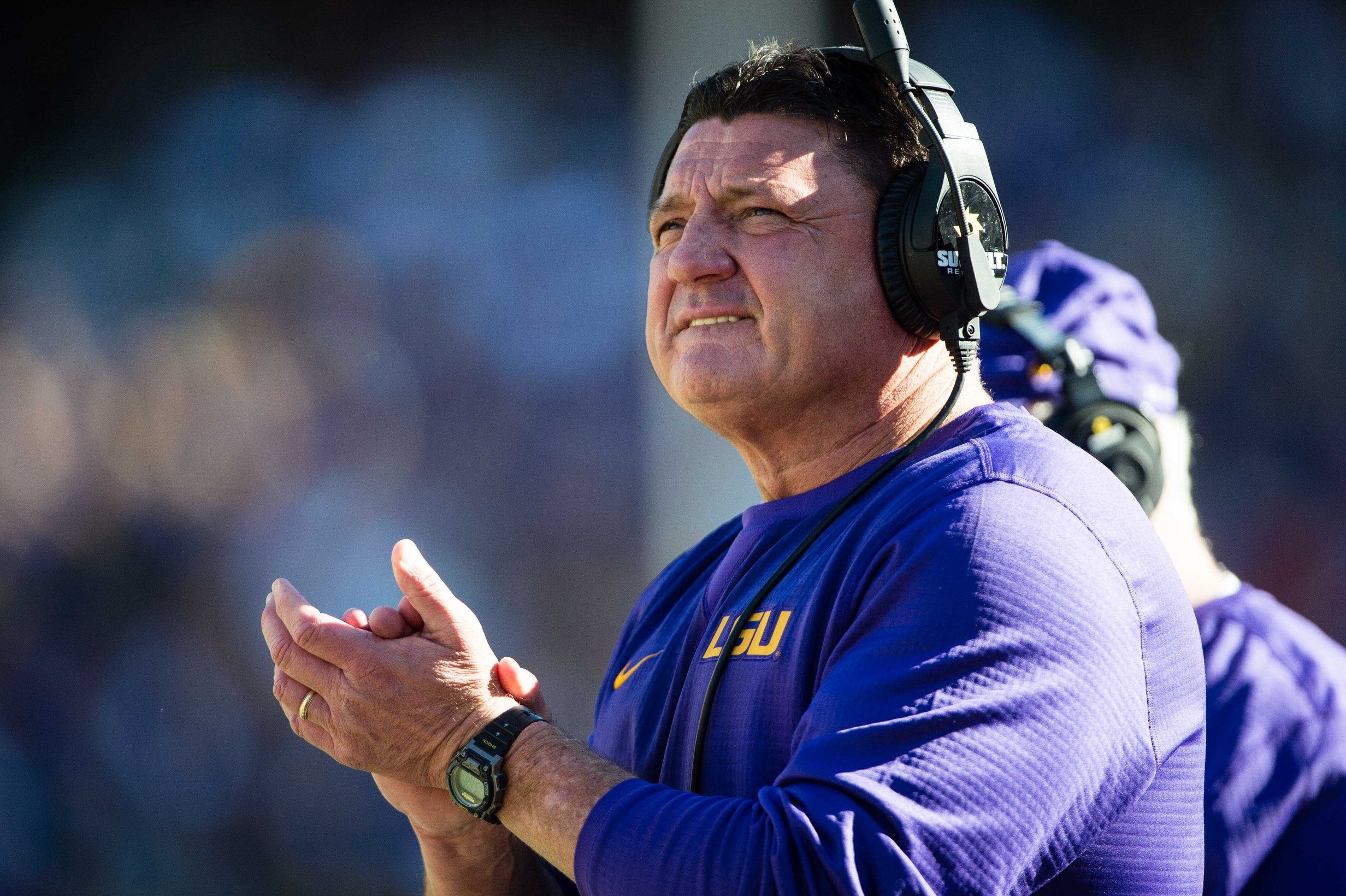 On Wednesday, the Southeastern Conference boasted another successful showing on National Signing Day. Many schools addressed dire needs at specific positions, but for some, still came out with concerns. We have teamed up with InAllKindsOfWeather.com to breakdown the SEC’s winners and losers of Signing Day.

Clemson may have bested the Crimson Tide on the field, but it’s clear Alabama still owns recruiting superiority in the College Football world. Nick Saban racked in his best class of his tenure, notching twenty-six overall signees, breaking the record with twenty-one ESPN300 prospects. Saban’s ability to recruit out-of-state, specifically in Louisiana, has earned him the nation’s top talent. Alabama has had the consensus No. 1 ranked recruiting class six out of the last seven years under Saban’s reign.

The Tigers are feeling pretty good about themselves after earning in the No. 7 ranked class in 2017. After the midseason firing of Les Miles, recruiting could have easily taken the turn for the worst. Ed Orgeron and staff did a competent job of keeping committed recruits bought into the program. LSU addressed a linebacker position that was one of scarcity before Signing Day. The Tigers signed the No. 1 inside linebacker in the country in Jacob Phillips, also adding another four-star in Tyler Taylor on Wednesday. Coach O signed all 23 commits with no flips; an impressive accomplishment for the first year head coach. Although some disappointments with missing out on Marvin Wilson and Willie Gay, nonetheless a fine first class for Ed Orgeron.

There is no question Hugh Freeze and Ole Miss left Signing Day with a sour taste in their mouths. The Rebels’ 2017 class ranked 12th in the conference, according to 247Sports. Freeze also added only four ESPN300 recruits, something many in Oxford are not used to seeing. Ole Miss may have suffered due to possible NCAA sanctions that are currently lurking over the program. “This recruiting class, it was a penalty … to be under the cloud we’re under,” Freeze told the Associated Press.

In All Kinds Of Weather – SEC East Breakdown

What didn’t go right for Jim McElwain’s staff on Signing Day? Including star defensive tackle Elijah Conliffe, who announced at 4:00pm the day before NSD, the Gators reeled in six commitments from players with a four star ranking in at least one ranking system. That included a clean sweep over the Miami Hurricanes with three kids from the Miami area (offensive lineman TJ Slaton, corner CJ Henderson and safety Brian Edwards) and once committed running back Adarius Lemons, who had to fix some academic issues before he could sign. But the biggest win of the day was undoubtedly the signing of wideout James Robinson, who is universally agreed to be one of the most talented pass catchers in this class. His commitment, like the Gators’ recruiting class, was a bit of a roller coaster ride, but also like the Gators’ recruiting class, it ended well.

The Bulldogs didn’t really do a whole lot on Signing Day, but they didn’t need to. They were winners of this past recruiting cycle, and that’s ultimately what matters in the fall. Highlighted by quarterback Jake Fromm and offensive lineman Isaiah Wilson, the Dawgs reeled in a class that finished in the top five of every major recruiting ranking system. Only Florida really challenged Georgia in the East this cycle, and even though the Dawgs lost out on Aubrey Solomon and Markaviest Bryant on Signing Day, the Bulldogs should be well equipped to move forward in the wide open SEC East.

The Vols didn’t have a terrible class, but they didn’t have a great one, either. And it feels like a cop-out to pick Kentucky or Vanderbilt as a loser, because, well, they always lose in recruiting. There’s no denying, however, that the Vols could have had a lot more success on the trail than they did. Their class does consist of a few gems, such as DB Maleik Gray, OLs Trey Smith and Riley Locklear and linebacker Will Ignont, but losing five star wideout Tee Higgins from their own backyard really hurt. And without very many players of four or five star caliber, it’s hard to say that this class lived up to Tennessee’s standards.

Follow @AllKindsWeather or @IAKOWNeil for more from the Gator perspective.