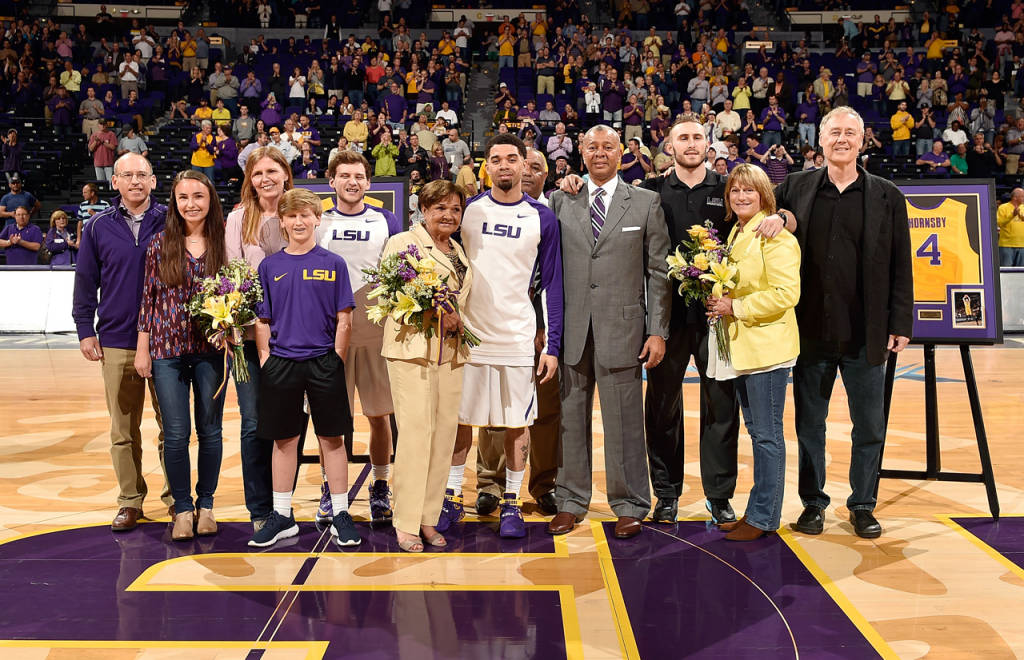 LSU improved to 18-12 on the season overall and 11-6 in the SEC after a hard-fought victory against Missouri at home on Senior Night. For more:

LSU will end out their season on Saturday at Kentucky looking for an upset going into the SEC Tournament.

Even though it was senior night, it was most likely Ben Simmons’ last game as well. Students chanted “One more year” as he walked off the court.

Here is a quick recap:

“We knew coming in against Missouri, a team that had two games left on their schedule because of some NCAA implications that their season will end for them on Saturday.”

“They won’t be going to conference tournament.”

“We knew how this game, the mindset that those guys would be in and how hard they would play.”

“That’s what they’ve been able to do throughout the year.”

“They had big upsets agaisnt South Carolina and beat Tennessee handily and other games they’ve fought through and have been down and fought back and have been in some tough games.”

“Tonight, we felt it would be the same. Our guys did a great job of taking the message, understanding how hard they would play in the beginning.”

“We got off to a tremendous start in the basketball game. They first 20 minutes were probably one of our better 20 minutes that we’ve played all year.”

“Offensively, we were clicking, sharing the basketball and had 13 assists there at the half.”

“Defensively, we talked, communicated, got in gaps, were there on the catch.”

“Our scouting report, we knew exactly where they were going and helped out on the post guys.”

“It’s the last game of the season. We have a big game against Kentucky so we have to get ready for that.”

“We just came out to play. We were trying to get a lead.”

“They got in their lane and started hitting some three’s.”

“We were just trying to stretch it. I think we are getting better at that.”

“We just have to lock in when it comes to the second half.”

“It’s kind of weird that the season is over at the PMAC. Knowing that we have one more game against Kentucky is huge. We’ll enjoy the moment now but we have to refocus for Saturday.”

“We have a great opportunity right now to go there and get a win. We have a chance to get the SEC title and make the NCAA tournament.”

“Hopefully we can do well in that. We have a long way to go still.”

NEXT UP: LSU travels to Kentucky on Saturday.