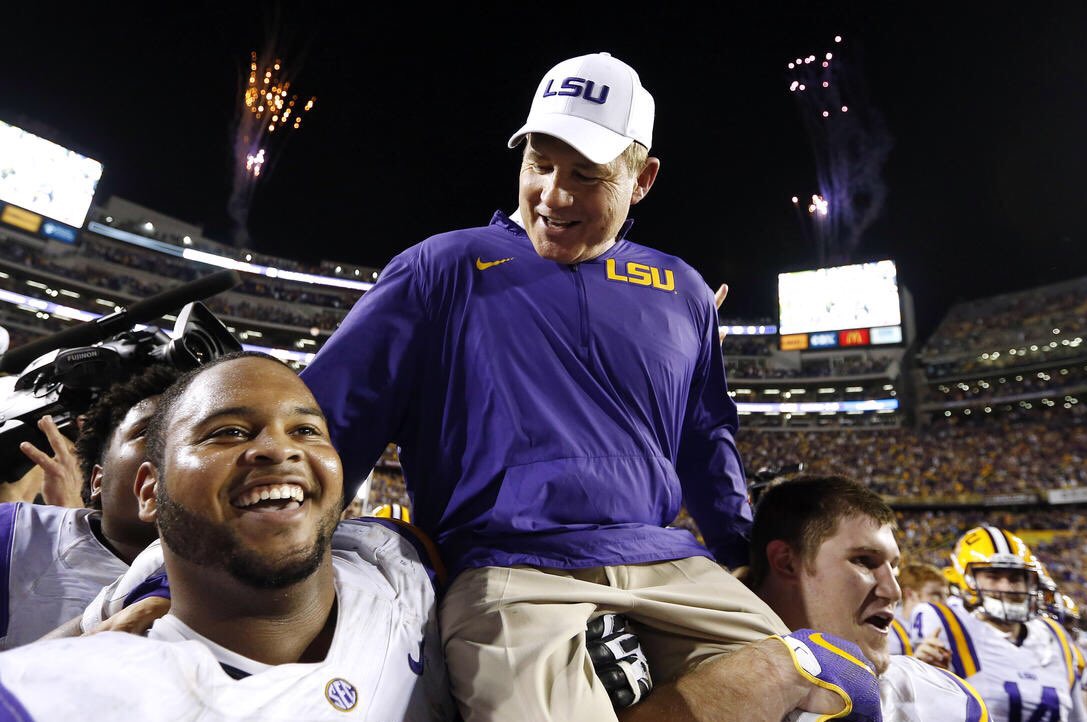 It will be incredibly … different.

As the Tigers take the field on Saturday, the man with the purple jacket and the infamous white hat will no longer rest on the sidelines of Tiger Stadium. No more strands of grass will be eaten in a time of desperation. No more quotable press conferences or awkward clapping. When you think of LSU, you think of the Mad Hatter, the quirkiness of their head coach who is loved beyond belief by his players and community. Senior linebacker Duke Riley said something that captured him perfectly; Les was “a true players coach.” Miles was a man who did more for South Louisiana than anyone could ever imagine, during the floods this summer, he was an ambassador for positivity across the state, assisting as many people as possible. He was an icon, which many looked up to in times of need. As observers and witnesses, all we can say is thank you, to the coach who righted the ship after Katrina, twelve beautiful and exciting years; won a national championship, two SEC titles, and many, many games on Saturday nights in Baton Rouge. LSU, although still playing football going forward, will not be the same. Miles built an incredible foundation for the successes of each and every student athlete. He will forever hold a spot in our hearts, and most importantly, will always be a Tiger, “just so you know.”

Here are some of the most memorable quotes from the best coach to ever walk at LSU:

1. “I’m proud of those men. How fricking easy it would have been to say it was their night. How [expletive] easy. Excuse my language. Spectacular group of men. You go find them, you throw your arms around them, you give them a big kiss on the mouth … if you’re a girl.” (After LSU beats Ole Miss in 2013)

2. “I have a little tradition that humbles me as a man, that lets me know that I’m a part of the field and part of the game, and it’s the very bottom as well as the very top. Yeah, that’s going to be all over the internet. You know what, you should have seen some games before this. I can tell you one thing: The grass in Tiger Stadium tastes best.” (After LSU beats Alabama in 2010)

Here are some well known Les-“ism’s” that we will sadly say goodbye to:

His resume speaks for himself:

All we can do is say thank you.