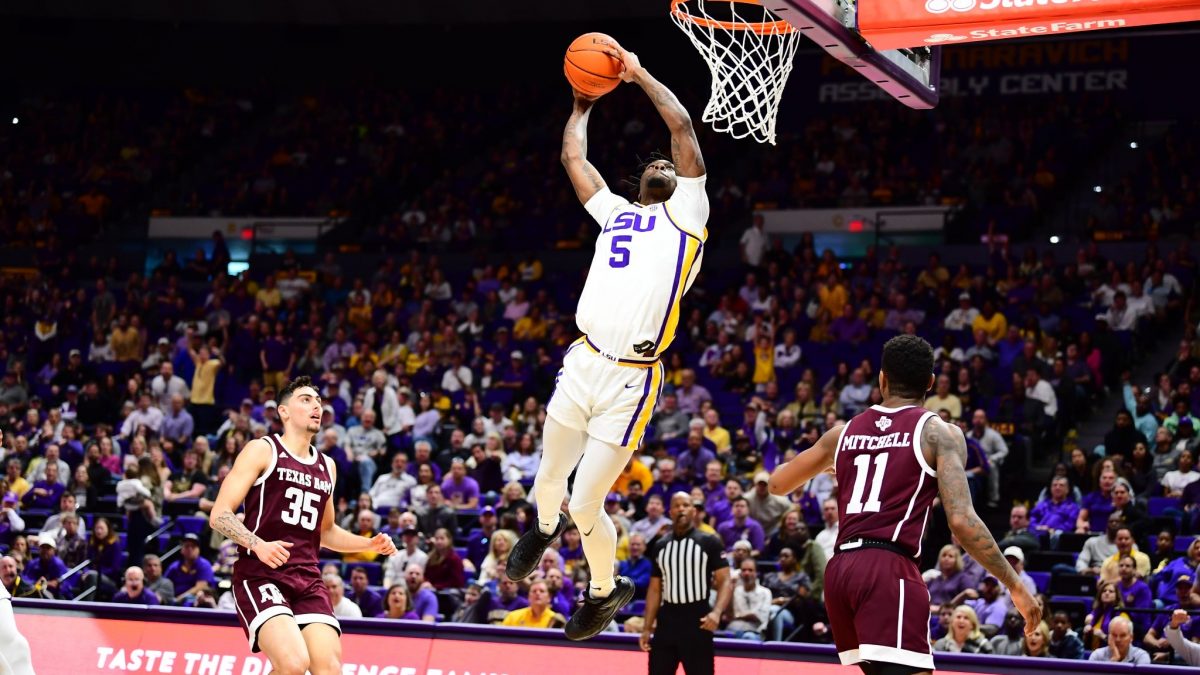 BATON ROUGE – On an afternoon when the crowd at the Pete Maravich Assembly Center welcomed back a star to watch his jersey be unveiled from the rafters of the building, a senior LSU star of the present day helped lead the Tigers to a 64-50 win over Texas A&M Saturday.

Senior Skylar Mays in his next-to-last home game for the Tigers had 24 points, on 7-of-12 shooting with four treys and 6-of-6 at the free throw line to go with eight rebounds, three assists and two steals. Javonte Smart had 14 points with three treys. The pair had six assists and one turnover.

At halftime of LSU’s win, Mahmoud Abdul-Rauf returned to the floor of the Maravich Center as his No. 35 jersey was retired joining Bob Pettit, the late Pete Maravich, Shaquille O’Neal and Durand “Rudy” Macklin who had had their numbers and/or jerseys retired for men’s basketball. Pettit, Maravich’s wife Jackie and Macklin joined Abdul-Rauf on the floor for the ceremony and O’Neal sent a congratulatory message from the Inside the NBA studios in Atlanta.

Tracking LSU's participants at the NFL Combine in Indianapolis