Home > Other > Softball defeats Florida State 6-5 in Game One 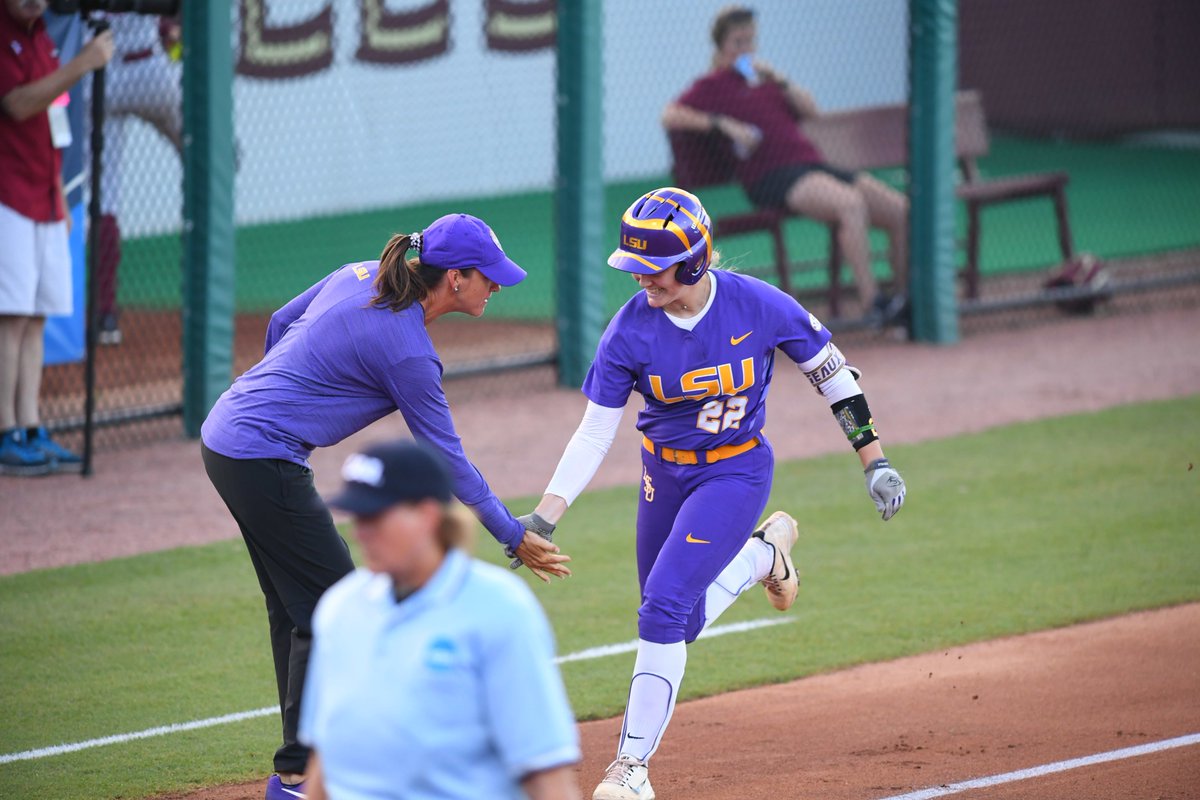 Beth Torina and the Tigers survived a seventh-inning comeback by Florida State and took Game 1 of the Tallahassee Super Regional on Friday night 6-5. Allie Walljasper threw 7 1/3 innings, before being replaced by Carley Hoover to close out the game. The Tigers gave up four runs in the seventh, but held on to get one game closer back to Oklahoma City.

With the win, the Tigers are now one win away from going back to the Women’s College World Series for a fourth consecutive season. This Super Regional is a rematch of the 2017 Supers, when LSU took down Florida State in 3 games. The win puts the Tigers in a comfortable position heading into Game 2 on Saturday, which will air on ESPN2 at 4 pmcentral. Walljasper pitched an all-around great game up until the Seminoles starting firing the bats late in the sixth and seventh innings. Hoover came in relief to close it out, and the Tigers survived yet another scare this season.

The Tigers’ bats were alive during Game 1 of the Super Regional. Despite the scare by the Seminoles late in the game, the LSU pitching staff was able to close it out, but it was a close one. Should the Tigers follow this same result up tomorrow, LSU could be headed to a fourth-consecutive Women’s College World Series. harrisonvalentine, 5 years ago 1 min read
8.2
Other

harrisonvalentine, 4 years ago 5 min read
Other