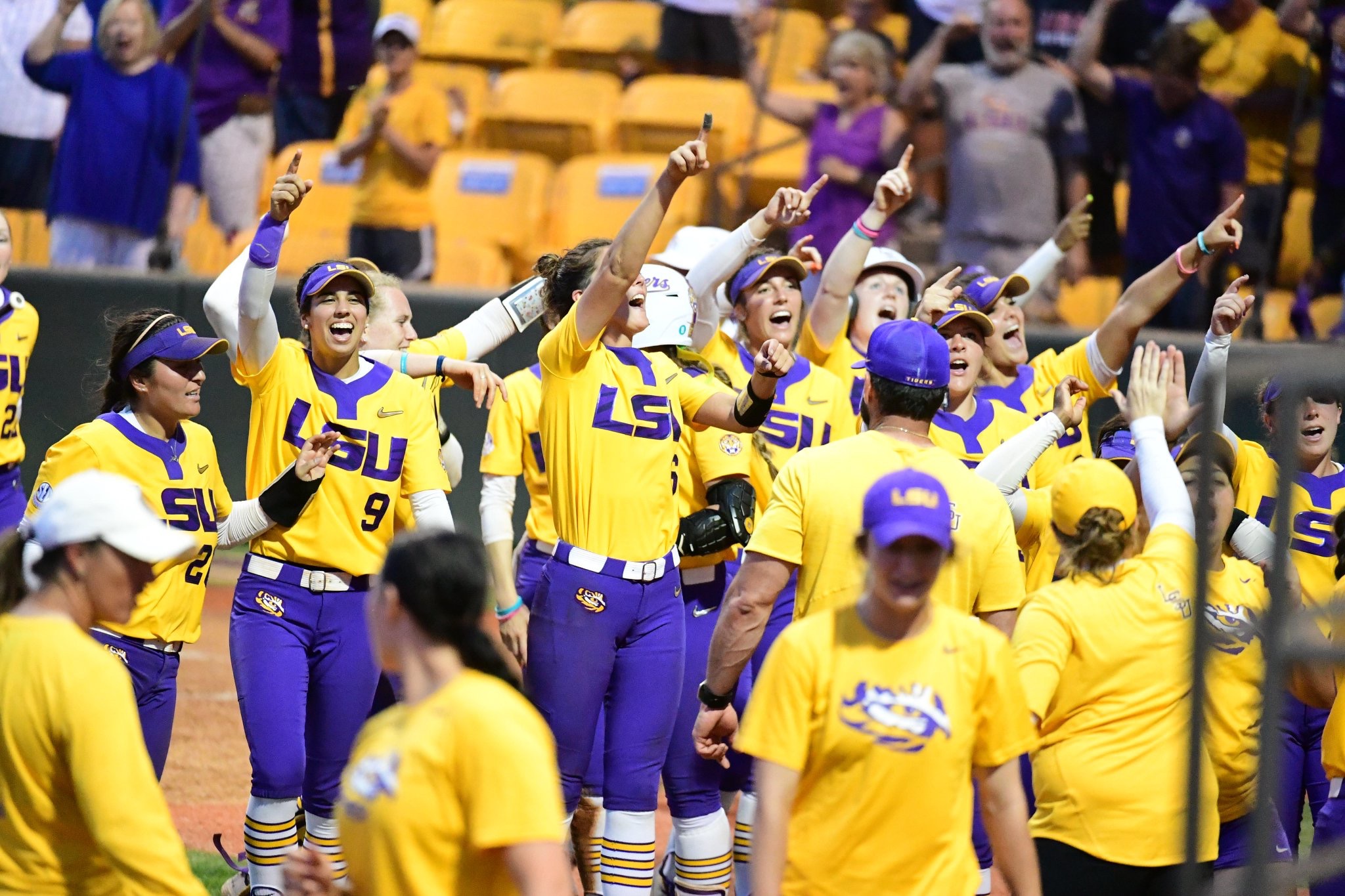 The LSU Softball team lost Game Two of the Minneapolis Super Regional, 3-0. The Tigers’ starting pitcher MariBeth Gorsuch allowed seven hits, including a solo home run to Allie Arneson in the fifth inning. Shelbi Sunseri came on in relief in the seventh inning. LSU only put up 3 hits during the game, and left runners on base in multiple innings. Beth Torina and the Tigers have been short of reaching the Women’s College World Series two years in a row. Don’t take anything away from this team though. The motto “Fight All The Way” carried this team almost to Oklahoma City once again.

Minnesota pitcher Amber Fiser threw a gem, as she only allowed three hits and struck out batters. All weekend long, the Tigers had trouble hitting off of the talented Gophers starter. LSU was 0-9 with runners in scoring position on Saturday. The key going into this game for the Tigers was to get momentum on their side early and earn hits off of Fiser. That wasn’t the case today as the only run of the game came from Minnesota in the fifth inning. For the second straight season, the Tigers suffer heartbreak in the Super Regionals. In 2018, it was in Tallahassee against Florida State. This time it was against Minnesota. The Tigers had won three Super Regionals on the road until now, which was the most in college softball.

A season that could have been extended with just a few more runs, instead ends in heartbreak for the Tigers. LSU will have to wait until 2020 to make their run at a National Championship. The Tigers set the school single-season record for home runs with 74 on the year. An amazing season for Beth Torina and the Tigers, despite not making it to the Women’s College World Series for the second-straight year. Nothing should be taken away from this team in terms of the fight they gave all season long.

harrisonvalentine, 7 years ago 14 min read
Other