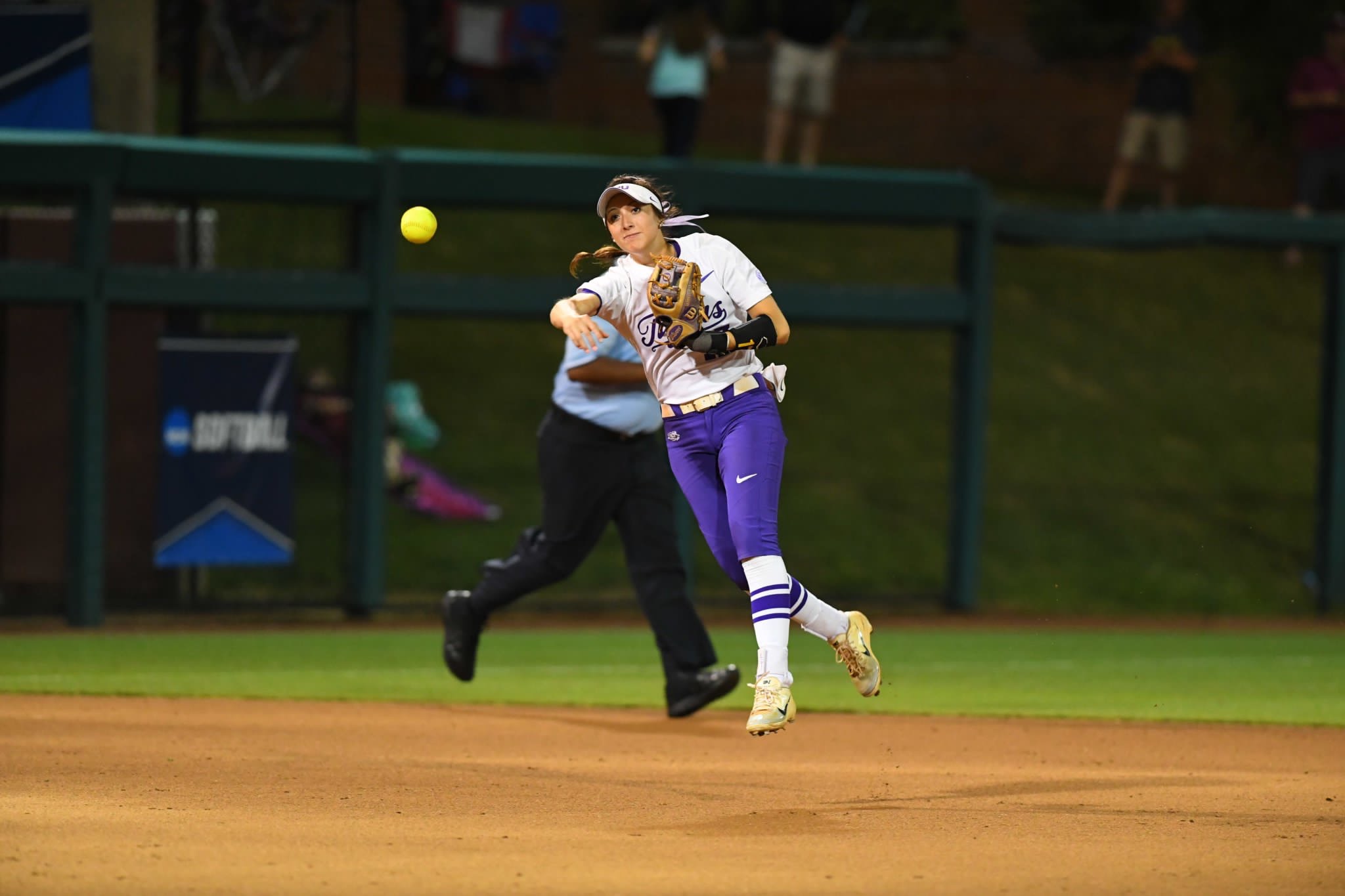 Beth Torina and the LSU Softball team ended their season in Tallahassee on Saturday night. The Tigers lost the final two games of the Super Regional, 8-5 and 3-1. In Game 2, Shemiah Sanchez blasted a grand slam to tie the game at 5. Carley Hoover pitched 11 innings, giving up 7 runs. Allie Walljasper came on in relief and gave up a solo home run that gave Florida State the 8-5 win. The Tigers ended their season with an overall record of 45-17.

Game 2 was competitive, as both teams blasted multiple home runs. The bats were alive for the Tigers up until the 6th inning. Once the game went into extras, the Tigers could get nothing going on offense. Florida State starter Meghan King pitched a dominant game, despite giving up 5 runs to the Tigers.

Game 3 was the one the Tigers needed to win to extend their season and advance to Oklahoma City for the fourth consecutive season. Florida State third baseman Jessie Warren intensified the game in the 3rd inning, as the senior hit a 2-run home run to put the Seminoles up 2-0. Allie Walljasper started in the circle for the Tigers. Amanda Doyle drove in a run, but it was the only score the Tigers would get. The Tigers were seeking a second straight defeat of the Seminoles in the Tallahassee Super Regional. In 2017, FSU won the first game and LSU came back and won the next two. This time, it was the exact opposite. The final game of Walljasper and Hoover’s careers didn’t end the way they had hoped. LSU Softball had a successful season, having to defeat Louisiana-Lafayette in Game 3 of the Baton Rouge Regional to advance to Tallahassee for the Super Regionals. However, LSU couldn’t get past the power hitting of Florida State, which ultimately ended the Tigers’ season. harrisonvalentine, 3 years ago 6 min read
Other