Home > Football > Something To Build On 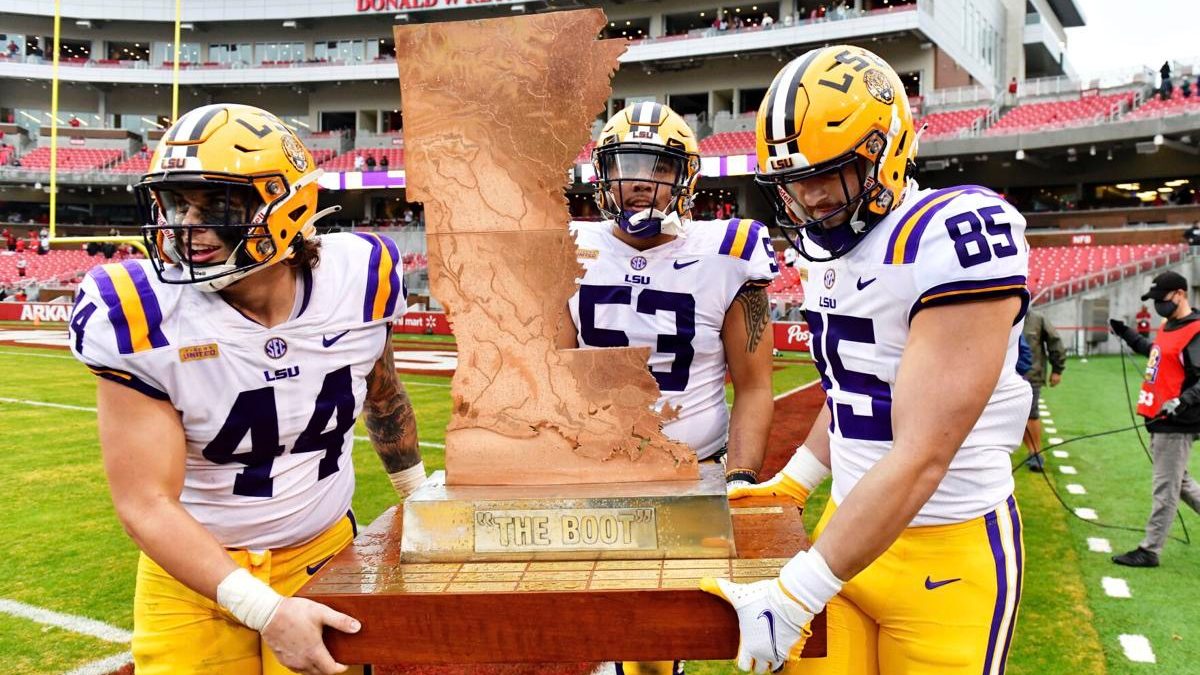 LSU’s 27-24 win over Arkansas on Saturday won’t be the biggest, or the flashiest, or the prettiest win you’ll ever see. That goes without saying. But it was desperately needed.

These Tigers showed some things today.

When adversity hit, they didn’t crumble or fold. Freshman quarterback TJ Finley found a way to win on the road. We hadn’t seen Finley in a “game on the line” type situation yet. He blew out South Carolina and got blown out by Auburn. But today showed he could handle the pressure and make plays.

They also showed some grit.

LSU’s body language in the blowout loss to Auburn on Oct. 31 was of major concern. When they fell behind, they folded like a beach chair and didn’t seem to care about it either. But Saturday they played with some heart, and a win today is something to build on moving forward.

Maybe it was Terrace Marshall‘s speech to the team. Maybe it was the three weeks off. Maybe they realized that type of effort wasn’t acceptable. Whatever it was, hopefully it stays this way.

“Everyone stuck together,” said head coach Ed Orgeron. “You could feel that all week. Hopefully that’s how it will be from now on.”

This program needed some positive energy. A loss to Arkansas — with tougher opponents looming — might have been a final nail in the coffin to the 2020 Tigers. But they remain alive.

Even in an unusual and disjointed season, one thing feels normal: the Golden Boot is staying home, where it always should be.