Home > Other > Takeaways from Day 5 of LSU spring practice 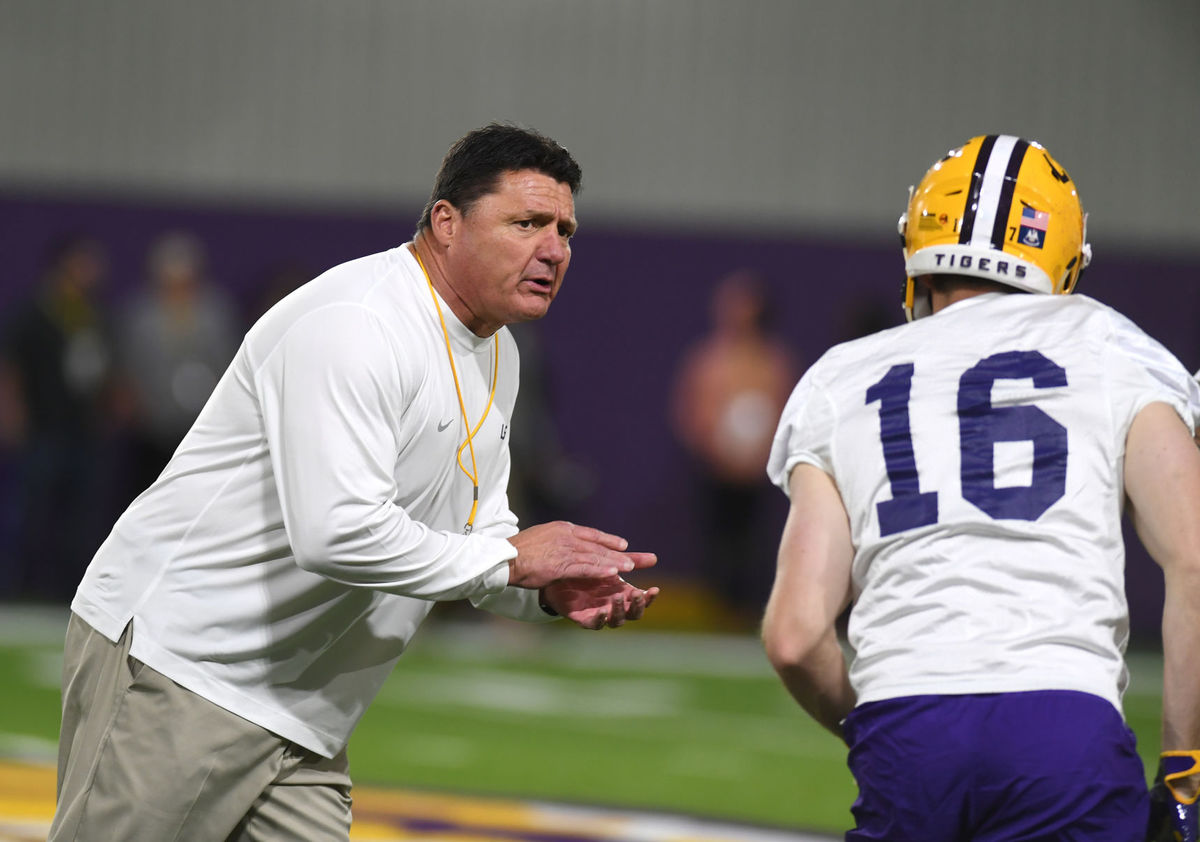 LSU coach Ed Orgeron spoke with the media following Thursday’s practice. Here’s a quick overview of everything he had to say.

Orgeron started off his presser by acknowledging Saints owner Tom Benson, who passed away suddenly on Thursday. “First of all, very sad to hear that Mr. Benson passed away. Louisiana icon,” said O.

He would then go on to say that Thursday’s practice was “very physical” with tons of energy and was LSU’s first time out in full pads. The Tigers will have the day off today, however; will then hold a half practice, half scrimmage inside of Tiger Stadium on Sunday.

Orgeron also noted that sophomore running back Clyde Edwards-Helaire was the player that stood out to him during yesterday’s practice. “The way [Clyde] runs the football … tremendous balance. He has a big trunk. He made some tremendous plays.”

Damien Lewis continues to shine and impress the coaching staff in practice. “If he keeps on progressing, he has to be on the field,” said Orgeron. Lewis may be a guy that could switch to center, says O.

Finally, Clyde Edwards-Helaire, Jonathan Giles and Justin Jefferson would be the frontrunners as LSU’s kick returners, as of now. More practice tidbits will be updated on this post throughout the day.

Oh, and that QB race? It’s “even” right now, according to Orgeron. Football surges up AP poll after win over Miami