Home > Football > The Honeymoon is Over 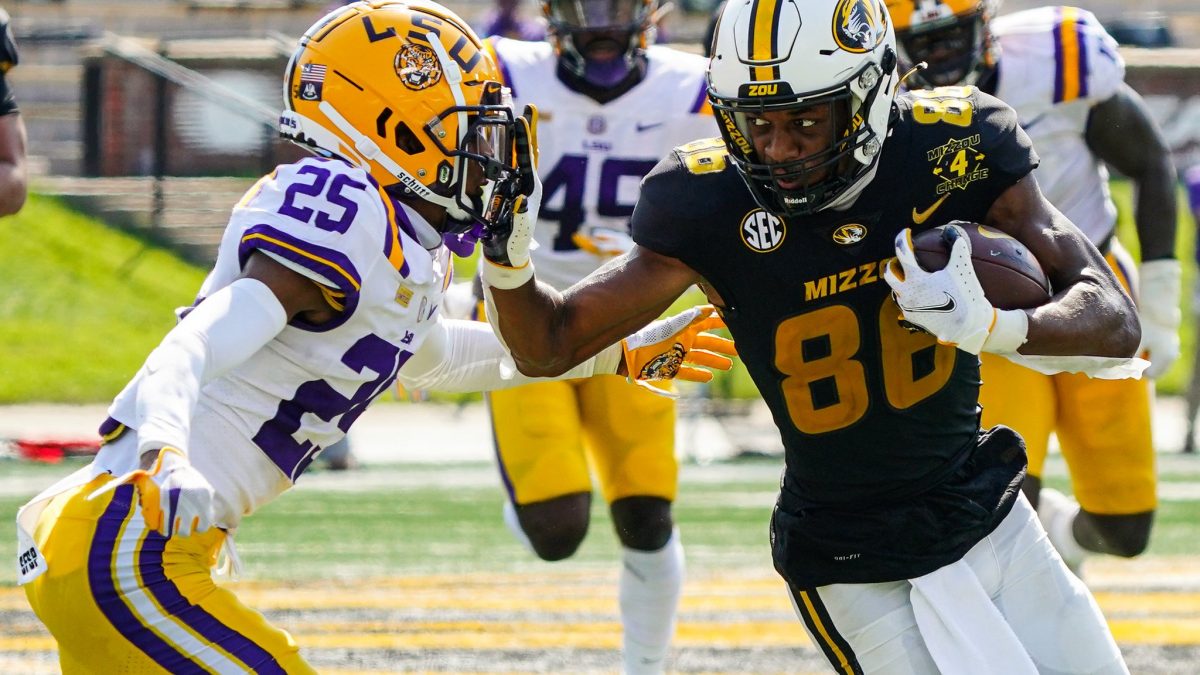 The honeymoon is over.

Before we get into it, I have to say one thing: We knew we’d eventually have to turn the page following LSU’s historic 2019 season, but man, we didn’t think we’d have to turn it this quickly. It’s like being splashed in the face with cold water in the morning.

But waking up on Sunday, with LSU 1-2 and falling out of the AP Top 25, there’s no time to sit back and reminisce. There’s some serious issues to address.

I jotted down some notes after LSU’s 45-41 loss to Missouri and thought a column would read more appropriately than some standard gamer. This performance deserves more than that. In fact, I don’t think I’ve written a postgame column since the Troy loss, which tells you all you need to know about when I choose to write these.

Let’s Get Into It

Watching LSU on Saturday was like an out-of-body experience. I’d never seen anything like it in my lifetime. And we all know there’s been some bad ones.

A defense that looked so lost and poorly coached. Play-calling that made you want to rip your hair out. A Missouri freshman quarterback with a statline mirroring Joe Montana and a name nobody had ever heard of. It was all beyond comprehension.

How does John Emery — who proved just last week that he’s your most dynamic back — get two carries. TWO. That doesn’t even make sense.

LSU’s running game as a whole was nonexistent. Ed Orgeron’s response to the lack of a rushing attack was due to Missouri stacking the box. Okay. So why don’t you try to push the ball outside with Emery? Stacking the box isn’t an excuse for one-yard rushing in the first half. I honestly don’t even know how you play a Division I football game without trying to run the ball. I don’t care if they put all 11 men in the box.

Defensively, there are no words in the English language to properly describe the performance. We thought the Mississippi State game was an anomaly. They proved on Saturday that it wasn’t.

As a team leader, I would’ve LOVED to see JaCoby Stevens — or anybody — light a fire under the defense in a players-only sideline meeting after Missouri scored its one hundredth touchdown. Something like Stevens did in the Ole Miss game last season. It would’ve gone a long way for an upperclassmen to stand up and say this type of performance won’t fly around here.

And the most frustrating thing about it is that LSU has talent. They just look completely lost. They look tired. They look confused. And that reeks of bad coaching.

Now, pump the breaks on the #FirePelini narrative. There’s nobody on the market right now, or on your current staff, that will make you infinitely better replacing him. And with LSU already losing a ton financially with the COVID-19 pandemic, you can’t afford to pay that buyout.

That doesn’t mean you can’t expect serious changes from him. However, if LSU’s defense strings together more performances like Week 1 and Week 3 this season, you’re going to have to have a conversation in the offseason about this being a one and done scenario with Pelini.

Hopefully that won’t have to happen. And hopefully this is something we look back and laugh about.

Now let’s talk about Scott Linehan because he doesn’t get a pass. He was brought in for third down and red zone scenarios and LSU has been nothing but dreadful in both. The Tigers finished 0-for-10 (!) on third down on Saturday and the goal line play calling was predictable.

On third down, during Missouri’s goal line stand, everybody and their mother knew when Terrace Marshall lined up in the backfield he was getting the ball. There was no coincidence the defense read it like a book and batted it down.

I agree 6 needs to be the target, but throw a 50/50 ball or something you know he’s going to bully the Missouri defender to get.

Not being able to get one yard with four chances at LSU is inexcusable. Once they didn’t get it in the second time with Ty Davis-Price you knew what was going to happen. You knew what was coming.

There were bright spots, though, in one of the darkest games in recent memory. I’d be remiss if I didn’t mention them. Myles Brennan posted his best performance of his career and Terrace Marshall proved he’s a man child. That connection is going to be fun to watch. Finally, for those that need a reminder: stop blaming Myles. He is so far from the issue.

With four and five star players riddled across the field, it’s obvious LSU’s issues mostly involve scheme. They don’t lack talent, they just look lost. That’s why — if they fix some of those things — I have hope going forward that they can pick up a win or two that people don’t expect.

Look, we’re probably still in for a long year, but the ship can be righted … in relative terms.