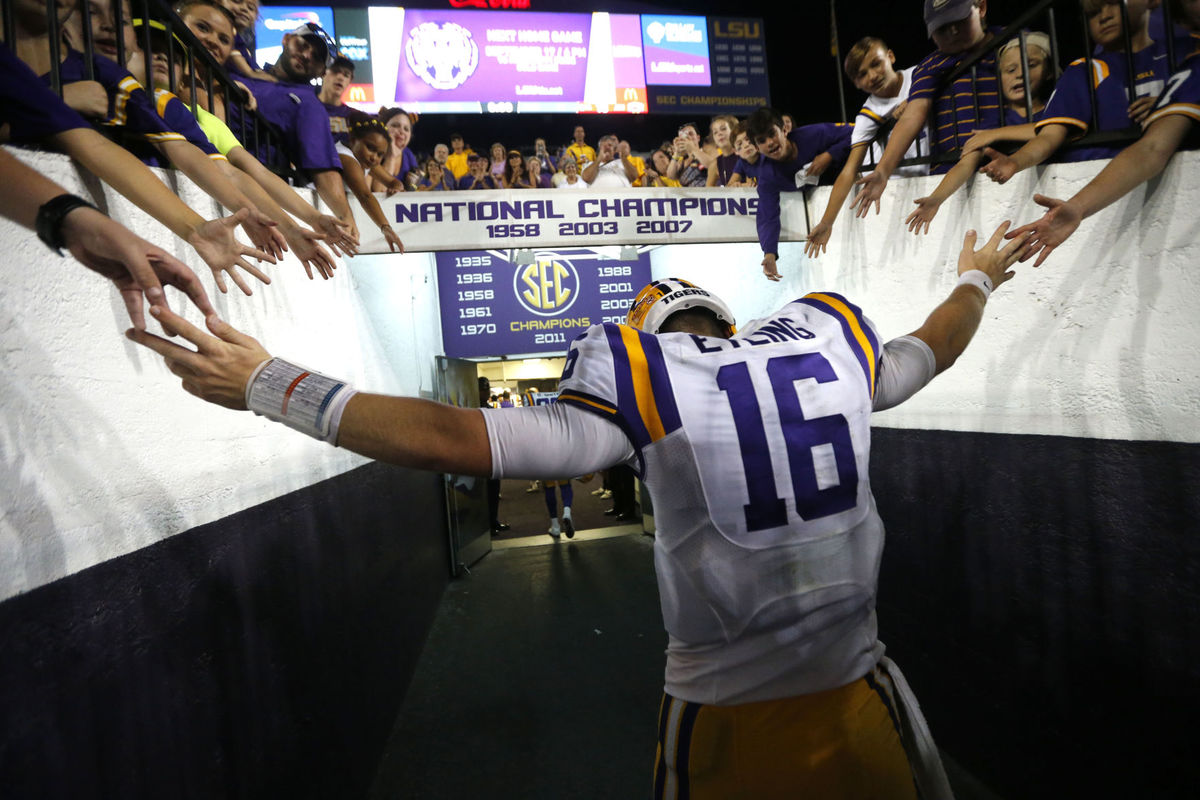 These are some of the words that might be used to describe the legacy of LSU quarterback Danny Etling. Arriving with much to prove and a chip on his shoulder, the well known “Purdue transfer” earned his time in the spotlight through pure toughness.

Etling’s legacy won’t be highlighted by flashiness. In fact, as a second-year starter at LSU, his journey under center has not been perfect. Far from it actually. Entering for Brandon Harris in 2016 vs. Jacksonville State, however, a new era had begun.

With the hiring and arrival of new offensive coordinator Matt Canada came a new-look offense down in Baton Rouge. With shifts, motions and more, the LSU offense resurfaced in national rankings and Danny Etling flourished.

After the shocking loss to Troy on Oct. 30th, Canada put newfound trust in Etling. During the Florida game, Etling was asked to perform designed quarterback runs and make sacrifices to his body (most likely) for the first time in his career. At this point in the season, at 3-2, desperation was kicking in for the Tigers and Etling made the necessary sacrifices for this team.

Etling currently ranks No. 2 in SEC history in interception to attempt ratio. He has thrown just 7 interceptions on 511 attempts.

“LSU is the place I’ve really grown up in football,” said Etling.

In his career, Etling completed 60% of his passes for 4,357 yards and 25 touchdowns. These numbers aren’t exactly jaw-dropping, but Etling stabilized a position at LSU that was needing quality play. Most importantly, since taking over Etling led LSU to a 16-6 record over the last two seasons.

Saturday was in fact Etling’s last game in Tiger Stadium, but he certainly didn’t take any moment for granted. LSU’s QB was the last one down the Tiger Walk, cherishing his final time down Victory Hill.

“Usually I’m really focused walking down, just kind of focusing on the game … I didn’t think I’d be that affected by it… But when I stepped out there I realized this is the last time I’ll be walking down this hill as an LSU Tiger. I wanted to take it all in,” said Etling.

So, yes, Danny Etling was a good quarterback.