Home > Other > The Mailbag: Your LSU football questions answered 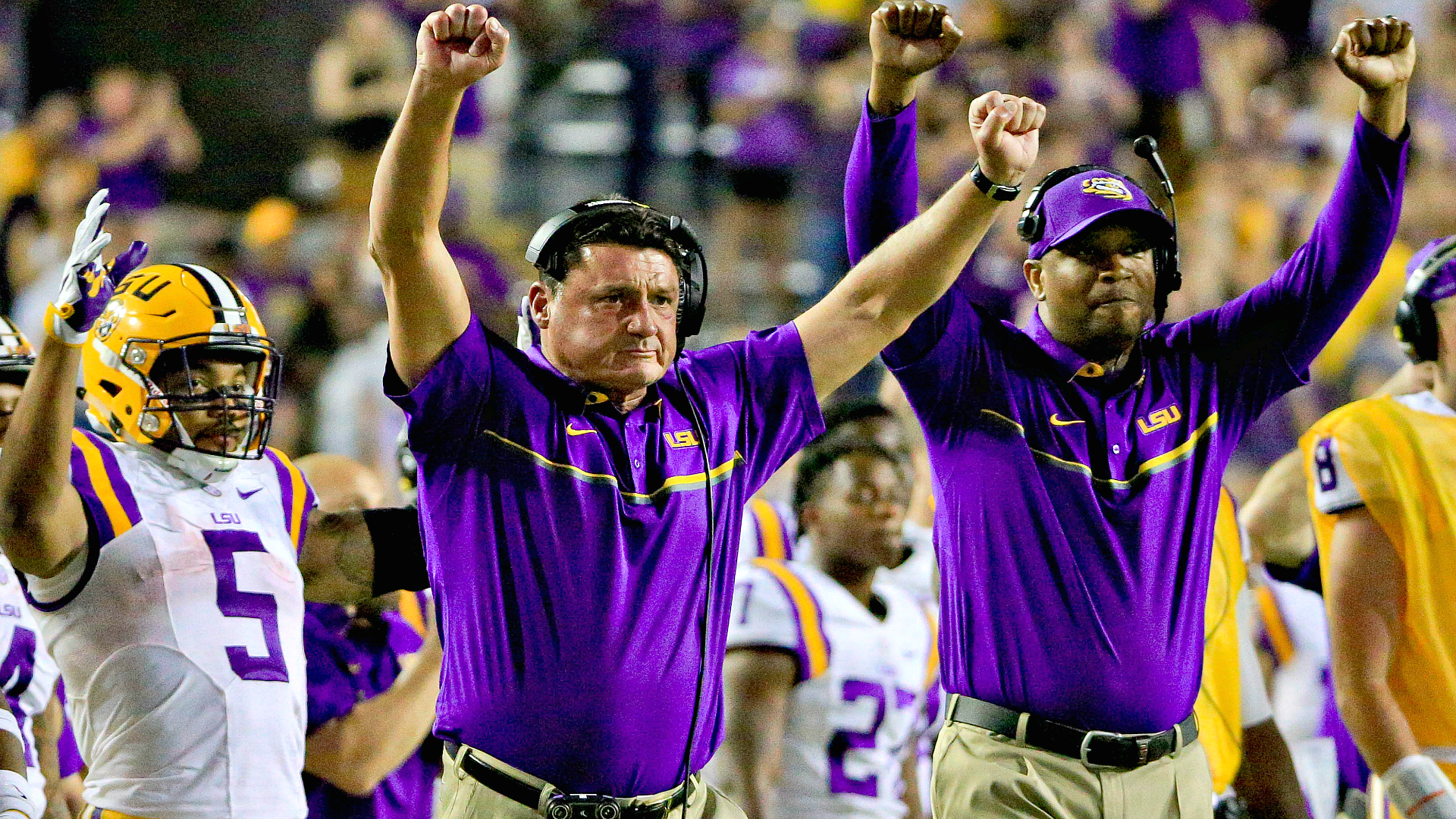 We tried it and you delivered.

With three weeks remaining until football season kicks off, we are welcoming a new segment called our “LSU mailbag,” where we answer your questions about the Fightin’ Tigers. We received four total questions: two on Twitter and two via email.

Does Myles Brennan have the raw talent to start in his freshman year? The answer is simple: Yes. Ed Orgeron raved about his throwing ability in yesterday’s presser. In fact, many of the players have been pleasantly surprised by his potent accuracy early on in camp. However, will he start over Danny Etling this season? That answer is also simple: No. Brennan is not quite ready and could use some valuable experience under the tutelage of a senior leader. “We’re not going to throw him into the fire. That’s the worst thing he can do.” said Orgeron. Brennan is a special talent and could end up being the quarterback LSU has been desperately in need of for almost a decade.

2. If Matt Canada turns the offense around, can we keep him in Baton Rouge? (@CajunTiger1787)

LSU’s offense, more specifically at quarterback, has been the elephant in the room for the last couple of seasons in Baton Rouge. Under Les Miles, it became a stagnant group who fought incredibly hard to move the ball down field each contest. With Ed Orgeron’s offseason hire, there’s a new sheriff in town. Matt Canada, the former Pitt OC, is here to clean up the mess and finally develop the talent we have on the roster. He’s here to give a new look and spice things up on the offensive side of the ball. However, since Canada is a hot name in college football, can we keep him here for very long? Yes we can. LSU lures the best talent in the nation and that’s an attractive thing for a coach. Canada will be paid lots of money to coach in one of the most fertile recruiting grounds in the United States, an environment he has never had the opportunity to coach in to date. With Tiger Stadium, he will play in front of 102,000 fans, also something he has never experienced before. Unless a head coaching job opens, I can’t imagine a sexier job than LSU’s offensive coordinator and I believe he will stay for a long time.

1. What’s a concern, if any, that you have for the upcoming season? (@Bayou_Bengal1)

Oh, trust me, there is always a concern. For me, it’s depth. LSU is down to 11 scholarship offensive linemen, every one of their receivers are lacking experience (except DJ Chark), and their defense lost a ton of first round talent to the National Football League. If injuries occur, LSU could find themselves razor thin in certain positions. Let’s just hope those don’t occur. With their tough SEC schedule, Ed Orgeron’s staff will need to make sure everyone stays healthy.

2. What happened to Maea Tuehema? Why did he leave so suddenly?

Last Wednesday, arguably LSU’s top offensive linemen left the program. Maea Tuehema was indefinitely suspended the day before for a “violation of team rules,” most likely due to academic struggles. It was then announced that he was transferring from the program, leaving the Tigers down to 11 scholarship offensive linemen. However, Lloyd Cushenberry is expected to replace Tuehema at that right guard spot. Furthermore, not much more information has since been released; however, it seems that Tuehema’s academic struggles led to his recent departure.

Thank you to those who submitted questions.