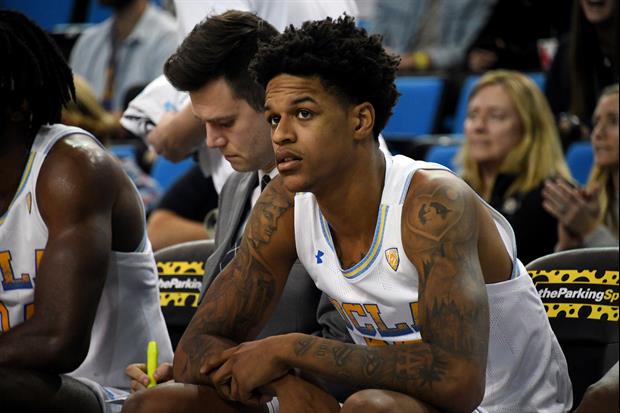 BATON ROUGE – LSU Basketball announced on Wednesday that transfer Shareef O’Neal has signed the necessary paperwork which has been received and approved.

O’Neal, the son of legendary former LSU and NBA star Shaquille O’Neal, is transferring to LSU from UCLA.

After sitting out the 2018-19 season with a medical issue, the 6-9 O’Neal averaged 2.2 points and 2.9 rebounds as a redshirt freshman for the Bruins this past season before announcing in January 2020 his decision to transfer. O’Neal played in 13 games for UCLA, averaging almost 11 minutes a game.

“The name O’Neal is a part of LSU Basketball history and we look forward to Shareef starting his own path at LSU,” said LSU Coach Will Wade. “Shareef has the ability to impact a game with his tremendous offensive rebound acumen and his ability to stretch the defense with his shot.”

O’Neal was ranked in the top 30s in his high school class by ESPN.com. He averaged 27.6 points and 17.3 rebounds per game during his 2017-18 senior season at Crossroads School in Santa Monica, California. Crossroad won the CIF Division II state title. O’Neal had 29 points and 17 rebounds with five blocked shots in the state championship contest.

O’Neal was a member of the All-CIF Southern Section Division II team and the John Wooden Player of the Year for Division II in California. He was listed on the Los Angeles Times All-Area team as a senior. In addition, he was a first team all-state selection by MaxPreps.com.

The Tigers also added transfer Josh LeBlanc, who came to LSU from Georgetown. LeBlanc is from Baton Rouge (Madison Prep Academy) and practiced with the team during the conference portion of the season after returning to Baton Rouge.

Basketball holds on to beat Georgia, 83-79