Home > Other > Watson's 3 RBIs lead LSU over Tulane at home 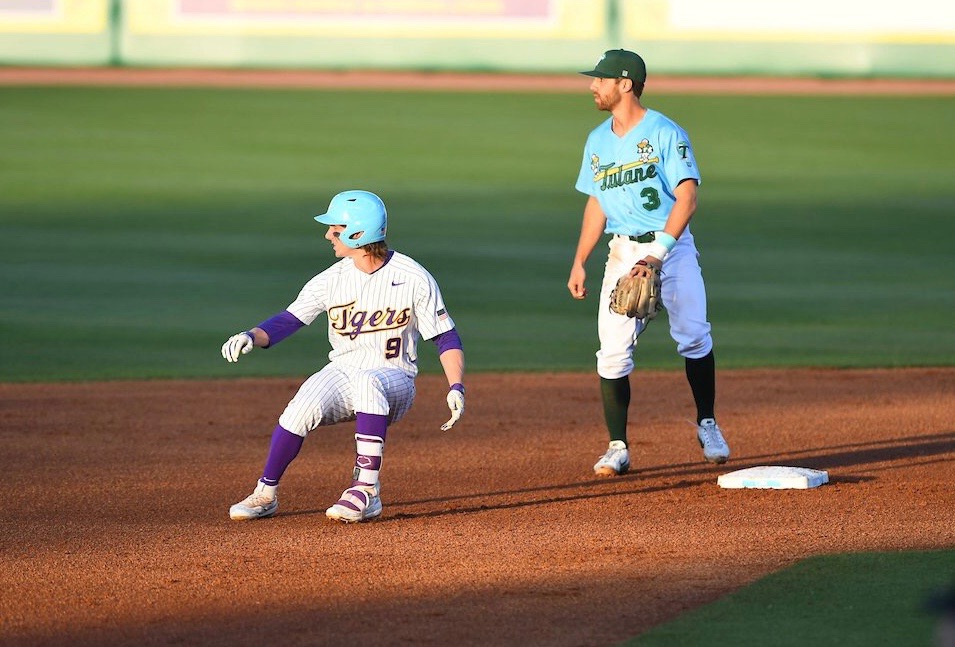 The curse of mid-week games are now a thing of the past.

Quite simply, it was the Zach Watson show on Wednesday night at The Box. The sophomore outfielder went 3-for-3 at the plate, while also racking in three RBIs. The Tigers fell behind 4-0 early, but Watson’s bat led LSU over the Green Wave for the comeback win.

Wednesday’s game with Tulane was also aimed at creating awareness or Prostate Cancer. The two in-state rivals showed their support by wearing blue on their helmets or on their jersey’s.

On the mound, LSU starting pitcher AJ Labas, who’s been very productive in recent outings, was yanked in the top of the third inning. Labas gave up six hits, four earned runs and one walk; however, also struck out two Tulane hitters on 56 pitches.

Zach Watson was not the only hitter that came to play on Wednesday. Daniel Cabrera also notched four hits of his own.

Next: LSU travels to No. 7 Vanderbilt for a weekend series. Each of the three games will be televised on either ESPNU or ESPN2.