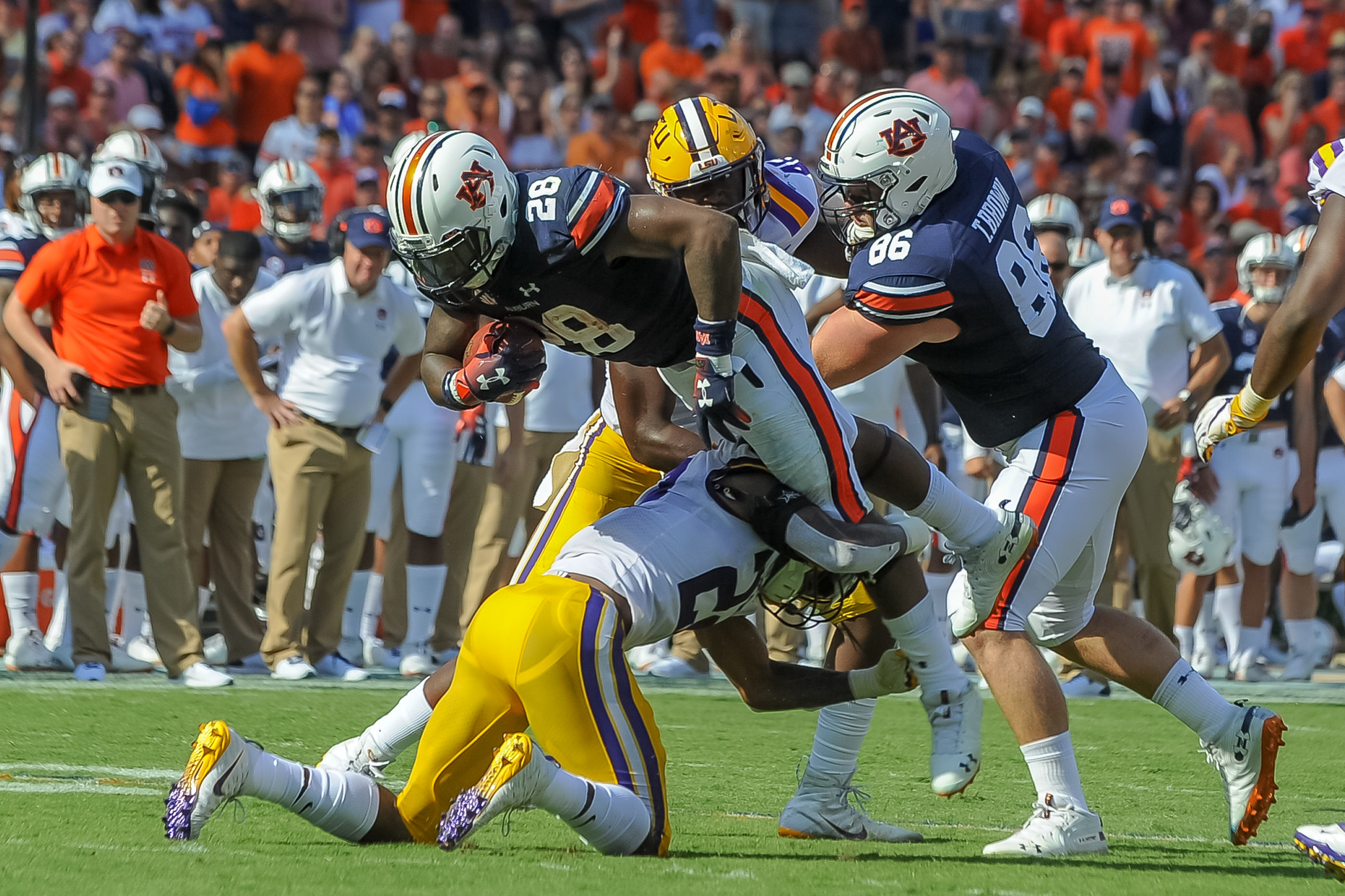 A lot of Tigers were nicked up, but not injured in Saturday’s battle with Auburn. On Monday, Ed Orgeron told the media at his weekly press conference that he didn’t think anybody would be out for the game against Louisiana Tech.

Cornerback Kristian Fulton went down at Auburn and returned to practice on Wednesday in a gold non-contact jersey.

Fulton was absent from practice on Tuesday.

Orgeron also said on the SEC coaches teleconference that OLB Ray Thornton and TE Thaddeus Moss are both expected to play vs. Louisiana Tech. Thornton, the replacement for injured edge rusher K’Lavon Chaisson, left the Auburn game on the opening kickoff. Thornton practiced on Monday and Tuesday.

Thaddeus Moss, an NC State transfer, is set to make his LSU debut Saturday. “He looks ready to play. We need him. It’s up to Steve (Ensminger) but I look forward to him being able to play on Saturday,” said Orgeron on Thad Moss.

LSU-Alabama will not be in CBS’ primetime slot