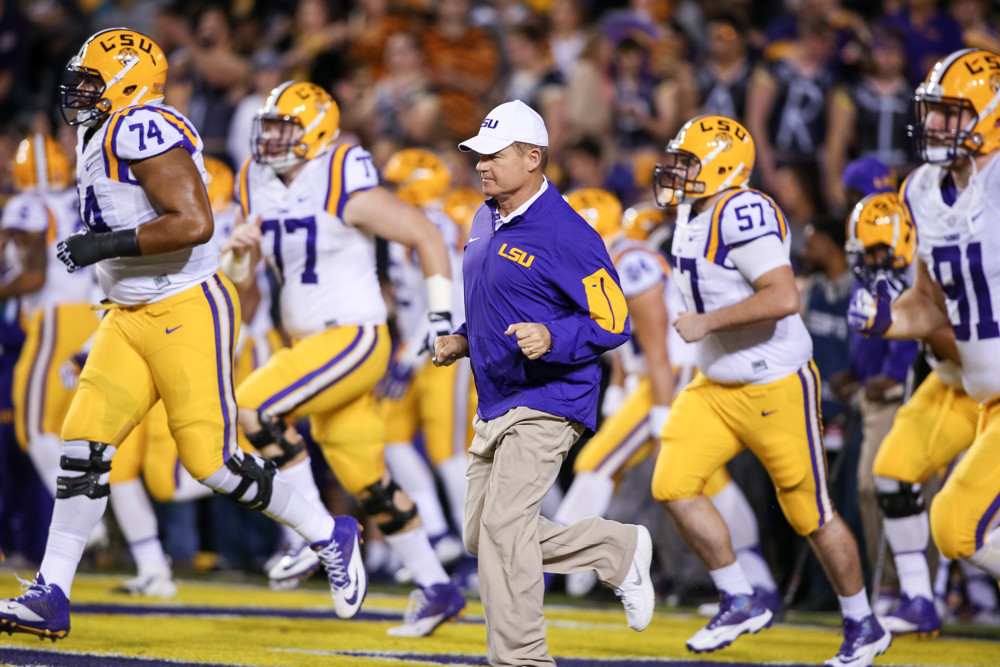 It’s listed as a neutral site, but it’s far from it. LSU will travel to Lambeau Field to face Wisconsin in ten days to battle the Badgers for their first win of the season. It’s the Tigers and the Badgers, who previously met in 2014 at NRG Stadium in Houston. LSU took that one, 28-24. However, this one has a twist.

Les Miles named a new defensive coordinator this winter, someone with a proven track record of success, and rare knowledge of the defensive end of the ball. On January 1st, Miles said that guy would be Dave Aranda. Aranda would be coming from Wisconsin, of course, with all eyes on the Tigers’ season opener. What a fitting way to start the season in purple and gold.

With no game tape to be seen yet in 2016, who are the players to keep an eye on in this game? We’ve got some in mind, players who we think will make their name heard on September 3rd:

Another thing to keep in mind is Leonard Fournette. Keep an eye on him, not for his talent on the field, but for his recently tweaked ankle that he suffered in practice. Many say that it’s nothing to worry about, but when you see a Heisman hopeful like him get hurt, it’s never a good thing.

College Gameday will be at Lambeau